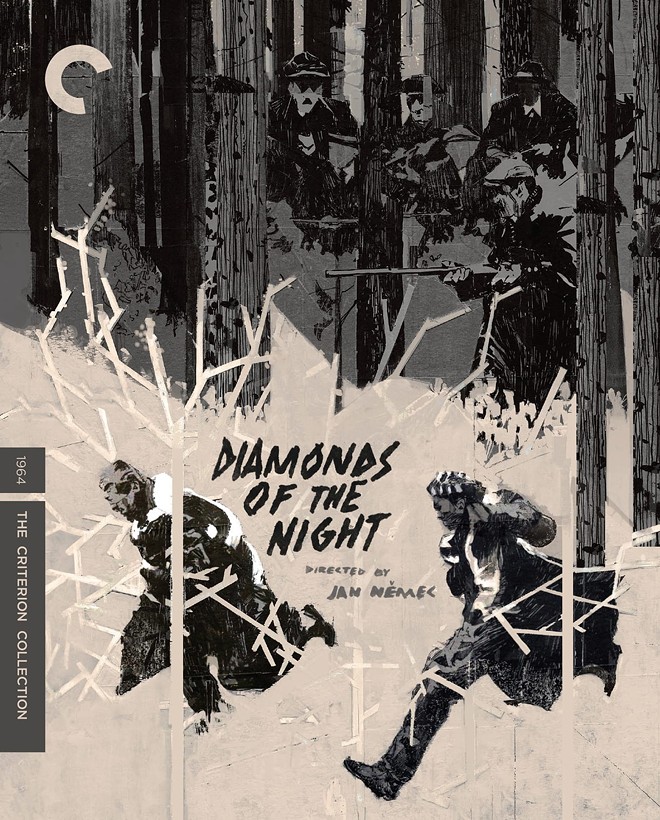 Audiences have a chance to experience three movies with richly explored themes and unconventional storytelling with Not Seen on Netflix: An LCSC Film Series, starting Feb. 24 at the Lewis-Clark State College Library.


Professors Kimberly Tolson and Jennifer Anderson will introduce the films and moderate a discussion with the audience afterward. All three free screenings begin at 7 p.m.

The college’s COVID-19 protocols will be followed, including face coverings indoors.

Synopses, adapted from criterion.com, provide snapshots of the films:


The first screening, set for today (Feb. 24) is of “Diamonds of the Night,” released in 1964. It was directed by Jan Nemec, who established himself as one of the most uncompromising visionary radical filmmakers of the Czechoslovak New Wave. The movie, adapted from the novel of the same name by Arnost Lustig, tracks two boys as they flee into the woods and hostile terrain after escaping a concentration camp transport during World War II. The boys face the brutal realities of survival mixed with dreams, memories and fragments of visual poetry. Nemec makes inventive use of fractured editing, elliptical storytelling and flights of surrealism.


The hard-luck 1970 drama “Wanda,” written, directed by and starring Barbara Loden, will be shown March 17. In Loden’s only feature film, she brought to life a character seldom seen on screen up to that point. Set in a soot-choked Pennsylvania landscape and shot in an intensely intimate venue style, the film follows Loden’s soft-spoken character, who has left her husband, lost custody of her children and finds herself drifting between dingy bars and motels. She falls prey to a series of callous men, including a bank robber who ropes her into his next criminal scheme. “Wanda” is a compassionate and wrenching portrait of a woman stranded on society’s margins.


“Stalker,” to be shown April 21, debuted in 1979 as director Andrei Tarkovsky’s final Soviet feature film. In the metaphysical journey through an enigmatic postapocalyptic landscape, the Stalker is a hired guide who leads a writer and a professor into the heart of the Zone, a restricted site of a long-ago disaster. The three men zero in on the Room, a place rumored to fulfill one’s most deeply held desires.


More information is available by contacting Anderson at jsanderson@lcsc.edu or Tolson at kmtolson@lcsc.edu.

From heart to hand