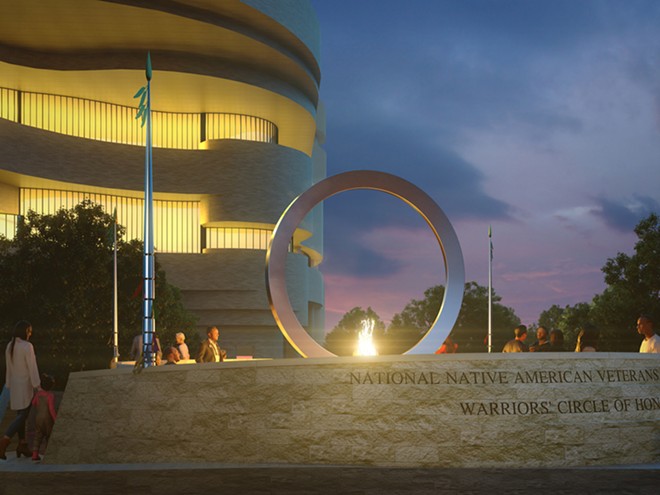 Brian McCormack of Lapwai recently served as one of nine members of a national jury that selected a design concept for the National Native American Veterans Memorial, scheduled to open in 2020 at the Smithsonian’s National Museum of the American Indian in Washington, DC.

The winning design was submitted by Harvey Pratt (Cheyenne/Arapaho), a multimedia artist and Marine Corps Vietnam veteran. The multisensory design is titled “Warriors’ Circle of Honor” and features an elevated stainless steel circle that rests atop an intricately carved stone drum, according to a news release.

McCormack, a Nez Perce landscape architect, was selected by the museum to serve on a jury comprised of American Indian artists and other artists, designers, scholars and veterans. The design was selected through a juried, two-stage process.

“It was an honor for me to serve,” McCormack said in an email announcing the jury’s decision.

Though American Indians serve in the military at a higher rate per capita than any other population group, this national memorial will be the first of its kind to recognize “the contributions of American Indians, Alaska Natives and Native Hawaiians who have served in the military since colonial times,” according to the release.