The British are coming to Moscow! Well, at least their cars are. 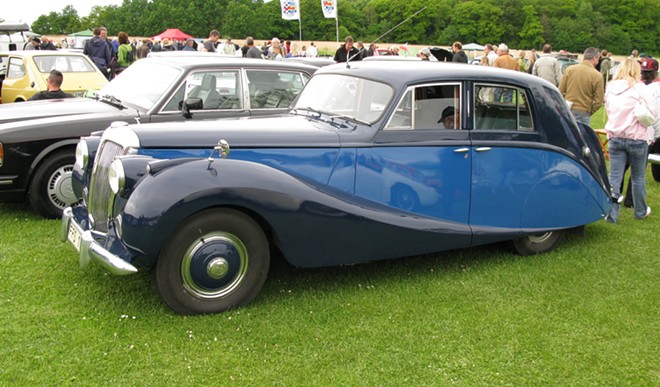 A 1951 Daimler. Daimlers were once the designated vehicles for British royalty.

Moscow is preparing for a foreign invasion.

A fleet of British cars — old, rare and new — will tour the Palouse and be on display downtown Saturday, June 29 as part of a summer tour organized by the Idaho British Car Club.

About 90 cars, from the ’50s to newer models, are expected to begin arriving today from around the Northwest and Canada. Several are classified as rare, and some may be among a few of their kind remaining, according to event organizer Wes Seideman of Boise.

And don’t be surprised if you see one broken down on the side of the road. It’s part of the experience.

The Boise-based club has a special award for this occasion called the Travelling Trophy of Woe, to be given to someone forced to complete a roadside repair, as long as the car arrives on its own in Moscow.

“In the ’60s and ’70s, breakdowns were so common that service vans were in constant circulation in the big cities (of the U.K),” he said. “They would carry a number of parts they knew were common problems.”

“It takes a certain kind of personality to fall in love with these old cars,” said Seideman, who owns a restored green 1963 MGB, a two-door, soft-top sports car.

Since 2002, the club has picked a small town within a day’s drive of Boise for its summer tour. The event features activities, planned drives and a car show. This is its first time in Moscow.

Besides the challenge of keeping these cars running, people like them because they are fun to drive, Seideman said.

“There’s nothing like it on the American market,” he said. “There’s a challenge to driving them. It requires both hands, both feet and lots of concentration.”
The older cars don’t have power steering. Most have a four- or five-speed manual transmission, which makes driving them a physical experience.

“The first thing you do in these old cars is pull a choke — what the heck is a choke?” Seideman said with a laugh.

A few new British car models are also expected to be on display, he said — sleek, fast vehicles that are a huge leap from earlier models.

Some of the cars to be featured have familiar names: Austin-Healey, Jaguar and Triumph. Others, like Morgan, Sunbeam and Daimler are not as well-known.

Daimlers are very rare and were the official car of English royalty from the early 1900s until about 1955, when they were edged out by Rolls-Royce, Seideman said. There is a good possibility one or more Daimlers will be on display.

Another rare British car is a Morgan — hand assembled by a company in the same way since before World War I.

“Even by British standards it’s a very different car,” he said. “You can still buy one if you put down a large down payment and wait about a year.”

You don’t have to own a British car to be a member of the club, Seideman said. Enthusiasts who are interested in learning about them or curious about buying one are welcome. 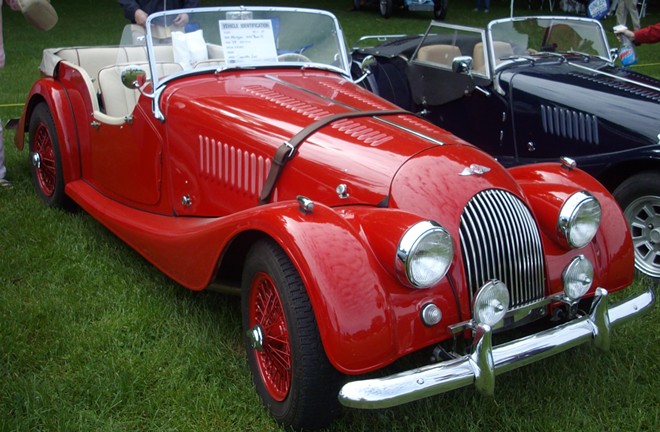 WHERE: Main Street between First and Third streets, Moscow

COST: Free. Tickets will be for sale to vote for the People’s Choice Award, with proceeds benefiting the Polar Bears Girls Hockey team in Moscow.