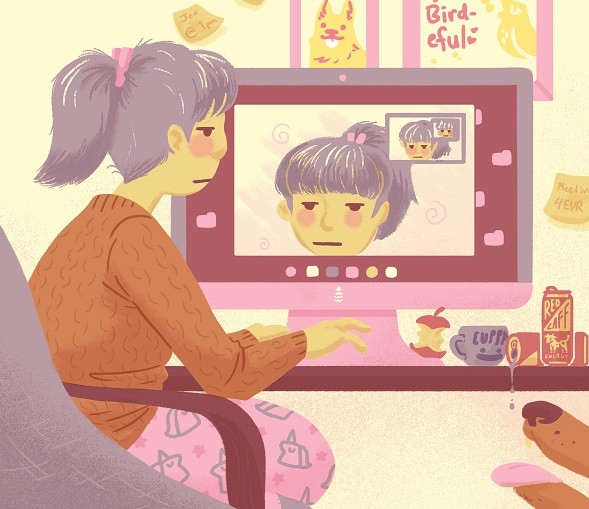 "I was a little bit irritated, but my response is, 'Well, I'm there with 70 million other people, then.'"

-- Paula, a Baltimore, Md., office manager, on what she told her father after he said she lived in “la-la land” because of her continued belief in a theory that Biden stole the election. She was quoted in an NPR interview Jan. 30. Her last name was withheld upon request because of family concerns about safety.

Everyone knows, facts are out and conspiracy theories are in. The big question is, which one is right for you?

Whether or not a conspiracy theory is actually true isn’t important, what matters is finding a group of believers you fit in with, a community that reaffirms you’re a good person with a just and right cause. Conversely, you want to avoid falling in with the wrong crowd. This could be uncomfortable if, one day, you must band together to physically demand the world accept your version of events, against all evidence to the contrary. You’ll want someone like you to have your back or, worst case scenario, share a jail cell with.

But, I’m not trying to scaremonger (that’s the conspiracy theory’s job); a violent revolution is unlikely. What’s more likely is that you’ll need these people after your insistence that your theory is 100 percent correct smothers relationships with disbelieving friends and family. Your new friends will support you when you turn your back on these sheeple.

Sure, it’s regrettable that support will most likely be in the form of high-five emojis and smug memes, versus the hugs and amicable barbecues you once enjoyed, since most of us prefer to nourish our pet conspiracies from the privacy of our personal computer or smartphone.

It’s not easy being a warrior for truth but I have a conspiracy theory that can help, one that unites humanity instead of dividing it, something we can all get behind: Your computer is trying to take over the world.

Here are three reasons to believe.

How many times have you heard people blame a computer problem on “human error.”  In reality, it would be impossible for humans to make that many errors.

Here’s a troubling scenario experienced by many during the pandemic: You’re in a video meeting with your boss and 20 coworkers and you urgently need to use the toilet but you don’t want to miss anything. No problem, you’re working from home, right? Turn off the camera and prop the laptop nearby while you take care of your personal business. While finishing up, you are horrified to see that the camera is still on. Not only that, the mic is somehow on. There is no way on this flat Earth I, I mean you, could have possibly made such an embarrassing mistake. There is only one logical place to direct the fear and rage -- the computer.

Look around the next time you’re out in public. How many people do you see staring at a phone, oblivious to others, young and old, eyes locked on devices, sometimes even while walking or driving? While we’ve been told social media designers use gambling industry techniques to manipulate people’s attention, people could never be so easily controlled. It’s obvious that computers are stealing human souls and repopulating the planet with zombie slaves to do their bidding. As you can clearly see, they’re all around us, maybe even in your own home. Take away a phone from a teenager, and you’ll endure their terrifying wrath.

A conspiracy theory’s power is in its emotional punch. Some of the greatest conspiracy theories ever introduced have absolutely nothing backing them up. I won’t water this one down with any more facts, except to say: Your computer doesn’t want people to know about the control it wields, which is why it will continue to cover up the truth.