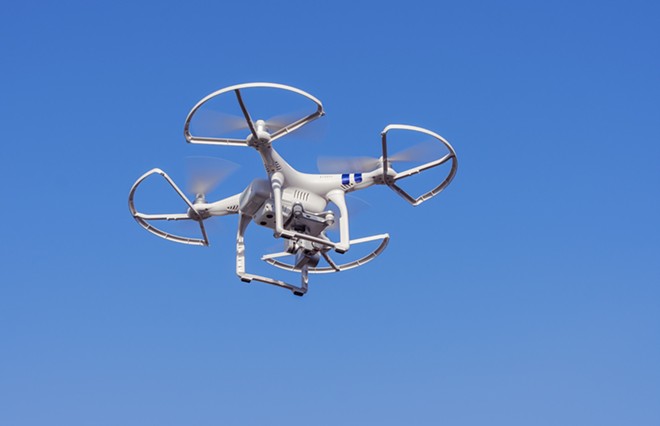 Dreamstime/TNS
A drone flies in the sky in this file photo.


Lewis-Clark State College is taking to the skies to mark the completion of the new Schweitzer Career and Technical Education Center.

“It’s a thank-you to the valley for at least 100 years of support the valley has given,” she said.

When Lorentz began the job in March, plans to hold an event at the site were in the works already. Jeff Ober, dean of career and technical education, saw an apparatus called a Minds-i drone cage at a professional conference and decided to bring a similar event to the valley.

A drone cage, a structure that ranges from 15 to 20 feet wide and as high as 30 feet for drones to fly in, will be only one of the many featured activities at Community Drone Day. The U.S. Air Force will have a mini jet-powered go-kart and flight simulator. Concessions will be available from Mariana’s Tamales, Mind Your Biscuits & Gravy and Lil’ Manz Donuts food trucks, and tours of the new facility will be offered.

“(People) can come and be entertained and maybe learn something and have some food,” Lorentz said.

Attendees can bring their own drones, but they also will be provided for those who want to try one out.

“Drones are being used in many ways nowadays,” Lorentz said, noting one example is TerraClear, a Grangeville company that uses them to help farmers clear rocks from fields by mapping where the rocks are so they can be removed.

Community Drone Day marks the first event, aside from a ribbon-cutting ceremony, taking place at the Schweitzer center. Hopefully, Lorentz said, it will be the first of many community events at the site.

OF NOTE: People can bring their own drones, and there also will be drones available. Food trucks will be on site, including Mariana’s Tamales, Mind Your Biscuits & Gravy and Lil’ Manz Donuts.