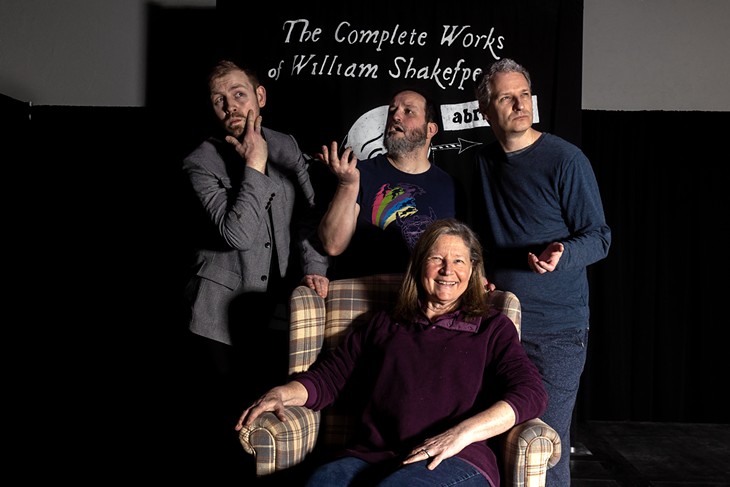 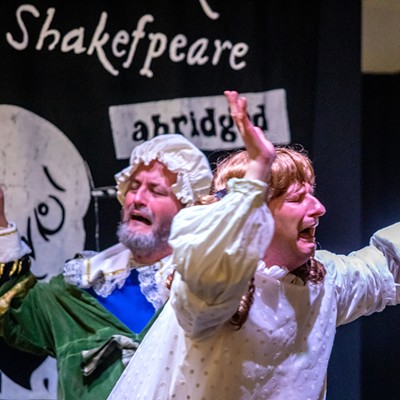 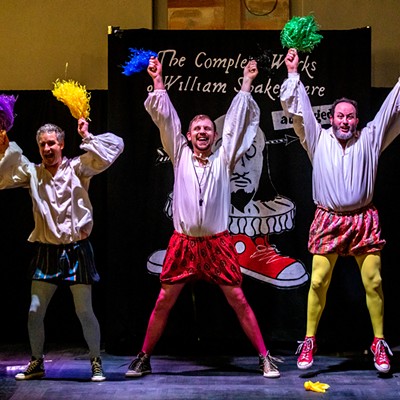 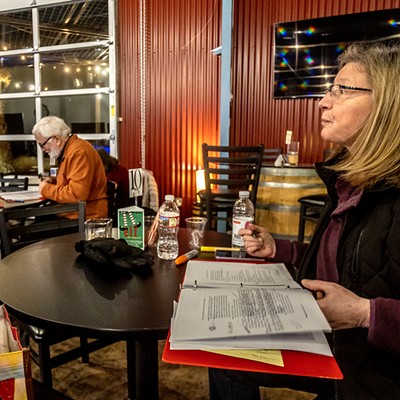 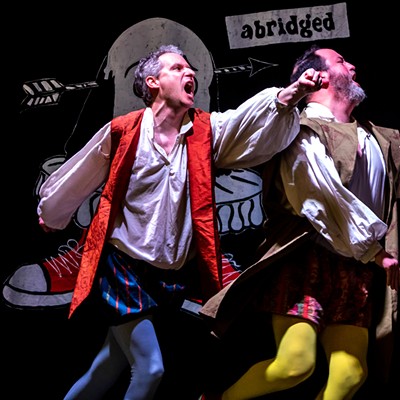 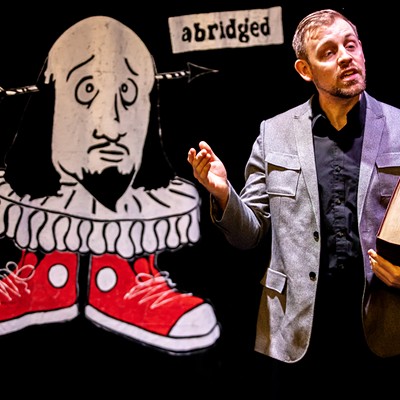 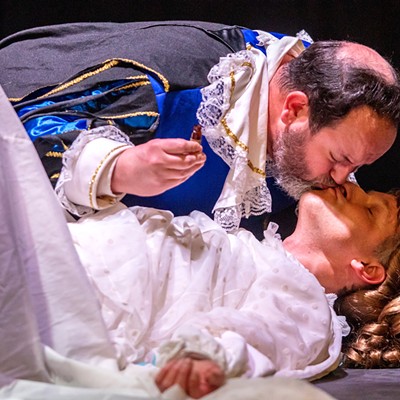 The play is, in a word, “irreverent.”


“It does not hold any punches,” Atkinson said.”It’s not politically correct humor.”


The title may be a mouthful, but that comes with cramming at least some element, including entire scenes, of each of Shakespeare’s 37 plays into one show. Written by Daniel Singer, Adam Long and Jess Winfield and first performed in 1987, it celebrates and parodies the works of The Bard in often sidesplitting fashion.


“It’s like Shakespeare himself is laughing at himself,” Atkinson said. “And I mean, there’s nothing in it that Shakespeare himself wouldn’t love, because his plays had their irreverence as well. So in that vein it is very Shakespearean; it just throws in a lot of more contemporary elements.”


Shakespeare’s sly nods to politics, religion and sex get infused with raucous present-day references, and the improvisational nature of the show allows for the addition of whatever details suit the moment, Atkinson said.


“It is truly our own creation, and everybody involved in the cast and the direction has had input,” she said.


Travis Osburn, who has been with the civic theater since 1990, is performing in his fifth production of the show. Micheal Keene, doing the show for his third time, was just a child in his first civic appearance in 1997. Jacob Trickey, who joined the civic theater in 1998, is taking on the chaos of “Shakespeare (Abridged)” for the first time.


“Don’t think it’s like straight, actual Shakespeare,” Osburn advised. “It’s hilarious, and even if you don’t know anything about Shakespeare, you’re going to have a great time anyway.”


Indeed, there are enough jokes packed into the performance that there’s something for everyone, Atkinson said, at least for those not easily offended.


“There’s a lot of physical comedy,” she said. “There’s also high comedy if you do know Shakespeare.”


A first time for everything


Atkinson, who retired from teaching English and drama at Lewiston High School in 2016, was the stage manager the last time “Shakespeare (Abridged)” was performed at Lindsay Creek Vineyards, that time outdoors during the summer. It marked her first time in that role, as this is her first time directing for the civic, though she’s no newcomer: She and Lewiston Civic Theatre Executive Director Nancy McIntosh, who graduated from high school together, performed in “Godspell” at Lewiston High School in 1977, in a show directed by civic theater legend Fred Scheibe.


This civic season is marked by several such firsts, or firsts-in-a-long-time, as “Shakespeare” stage manager Terry Lewis — familiar to patrons as the king in last year’s “Cinderella” and Santa in “Elf the Musical” — moves from that first-time role with the theater to another, directing “Almost, Maine,” opening in April.


“I’ve always liked the directing aspect,” Lewis said. “There’s a lot of young people out here who are really talented, and I want to be a part of their talent, and I’m hoping I can be a part of it through directing a show.”


The civic’s next show, “Noises Off,” opening Feb. 16, is directed by longtime Lewiston Civic Theatre participant Rodney Farrington, who last directed a stage show for the civic 16 years ago. Most recently, he oversaw a dinner theater production in 2013.


“We are thrilled to have him back,” McIntosh said, via email. “He is a new director for us during my tenure at the theatre.”

The venue for “Shakespeare,” which Atkinson described as “intimate” allows the actors to interact with the audience, which happens throughout the show.


“Travis comes out through the tables regularly,” she said.


It also poses a particular challenge for this play: Four “dressers” skillfully help the actors through myriad costume changes, all in a doorway space behind the stage. The situation becomes increasingly frantic during the final 10 minutes, when a chaotic number of costume changes are happening at lighting speed, Atkinson said.


“I wish I had a camera and a screen, because that would be as entertaining as what’s going on on stage,” she said. “I mean, it’s hysterical trying to get all the costumes right.”


Even Melissa Beckman, Lindsay Creek’s event manager, “has been a part of the cast,” Atkinson said, referring to Beckman’s presence — and sometimes participation — in rehearsals throughout the leadup to opening night.


Ultimately, that intimacy of cast, crew and venue shaped the preparations and resulting performance in nothing but good ways, Atkinson said.


Note: Because of the relatively small performance space and strong early sales, Atkinson recommends buying tickets in advance, which can be done at lctheatre.org.


“If you think you’re gonna get in at the door — you may not (be able to), because we have very limited seating,” she said.

What: “The Complete Works of William Shakespeare (Abridged)”

Of note: Lindsay Creek Vineyards will have food and drinks available to purchase before the performance. Doors open 1 1/2 hours before the show. Seating is first come, first served. Audience members don’t have to be 21 or older to see the play, but the show is rated PG-13.