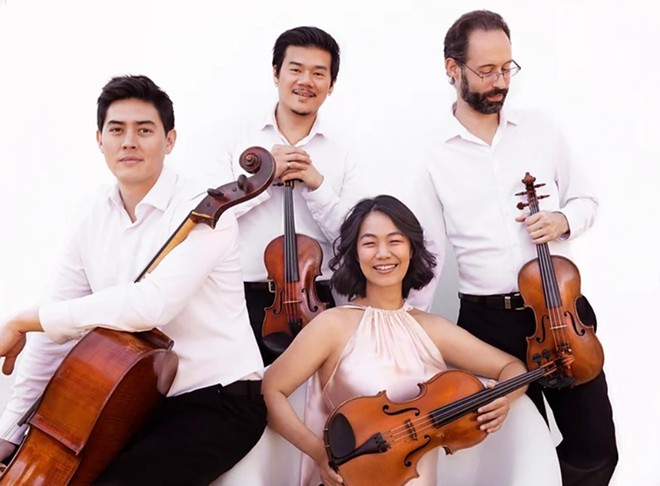 A quartet whose members put a focus on music education and audience engagement performs at 7:30 p.m. next Thursday, Jan. 26, at the University of Idaho Administration Building auditorium, part of the school’s Auditorium Chamber Music Series.


Its debut album, “Into the Light,” was released in 2018, featuring works by Anton Webern, Benjamin Britten and Leon Kirchner.

The ensemble has given master classes domestically and abroad and, in November 2020, launched ChamberFEAST!, a chamber music workshop in Taiwan.


During the COVD-19 pandemic, Telegraph has been developing an online video project called TeleLab, in which its members break down the components of a movement from various works for quartet.


Telegraph members will help put on a series of free workshops during their Moscow visit: