Books: The U.S.'s hidden role in the Transatlantic slave trade

Graden describes the slave ships as "floating dungeons of infection."

MOSCOW — American history is often portrayed as an inexorable march forward — from the American Revolution to the Constitution to Civil Rights, our freedoms grow. But that view bypasses darker chapters that also brought us to where we are today.

In “Disease, Resistance, and Lies: The Demise of the Transatlantic Slave Trade to Brazil and Cuba,” University of Idaho history professor Dale T. Graden sheds new light on the Americas’ role in removing 13 million people from Africa between 1501 and 1867. Of those 13 million, 10.7 million survived the trip. At least 44 percent were sent to Brazil, 7 percent to Cuba and less than 4 percent to the U.S.

The U.S. officially ended the import of slaves in 1807 but Graden’s book focuses on how the country stayed involved and profited from the slave trade that continued in Brazil and Cuba. Graden’s interest in the topic started when he was a young boy in the 1960s and his family moved to a segregated neighborhood in Providence, R.I. A road divided whites from blacks. Shacks in the black neighborhood showed an obvious disparity. Graden, 61, says he wondered, “How did we get here and how did they get here?”

He keeps asking those questions.

The U.S.’s hidden role in the Transatlantic slave trade

The economies of each country involved in the trade were dependent on slave labor to grow cotton in the U.S., coffee in Brazil and sugar in Cuba. After slave importation ended in the U.S., entrepreneurs sought offshore opportunities and found it building ships to be leased or sold to slave traders.

“(Ships) are truly one of the most important products until the railroads in terms of economic development,” Graden says. 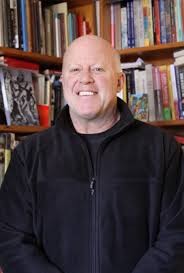 Dale T. Graden is a professor of history at the University of Idaho.

According to Graden’s “conservative estimate,” between 1815 to 1860 the U.S. built 800 to 1,000 vessels involved in the illegal transport of more than 1 million Africans to Cuba and Brazil. Ship building employed thousands in U.S. coastal ports and deep into the countryside where trees were logged. Elsewhere workers produced ropes and manacles. Investors’ wallets grew fat. It was widespread knowledge at the time the ships were headed straight into the slave trade, says Graden, who received three Fullbrights for research in South America.

“Individual families, even now, don’t want their names associated with this kind of business. I would say a number of institutions hid it.”

One reason the story remains marginalized is concern that descendants of the families and institutions that profited could be held accountable for reparations for what happened in the past, Graden says.

Historically, the British have been credited with a major role in its downfall. English Quakers and Methodist women were among those to stand up against the practice in the British Empire. While Graden gives the British their due, he believes that because history is often written from the top down, their part has been overstated.

“To think it was only British largess and enlightenment is missing a key component,” Graden says.

Another factor was that the ships were “floating dungeons of infection,” he says, arriving at ports festering with disease — yellow fever, small pox and cholera, which spread rapidly among the populace. Common people recognized this was a major public health hazard.

Another key to the end of the slave trade was resistance, he argues. There were hundreds of revolts on ships. Once on land, slaves ran, killed their masters, hid and organized.

“This makes it incredibly difficult for owners to bring in 1,000 slaves and think it’s going to be easy,” Graden says.

The idea the slaves were uneducated and uncultured is false. Many were multilingual and could read and write, he says.

“Many people were highly cultured and far more educated than their owners. ... This adds to the extraordinary tensions of the period,” he says.

Graden has taught history at UI for 23 years. He believes many in the U.S. are taught a very “North American-centric” history.

“For us to function or compete in this world we have to be international,” he says. “We have to understand comparative history.”

“Disease, Resistance, and Lies: The demise of the Transatlantic Slave Trade to Brazil and Cuba,” (291 pages, $30) is available at BookPeople of Moscow, the UI Bookstore and online. Bauer may be contacted at jkbauer@inland360.com or (208) 848-2263.