UI professor to read from, sign new book about suffragette 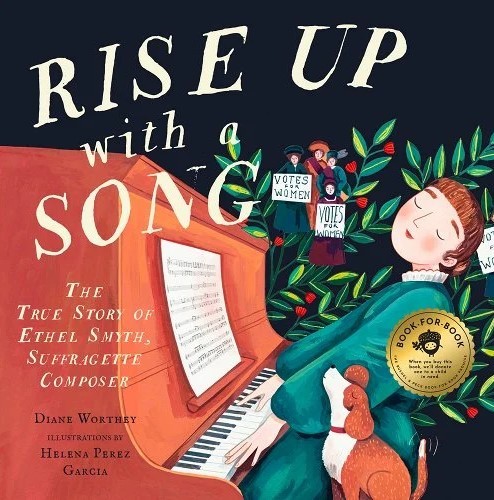 Diane Worthey, a violin and viola instructor at the University of Idaho, will sign her latest book, “Rise Up with a Song: The True Story of Ethel Smyth, Suffragette Composer,” at 2 p.m. Sunday, Nov. 20, in Pullman.

The award-winning children’s author will read from the book, which celebrates a British composer and suffragette, during an early release party at Community Congregational United Church of Christ, 525 NE Campus St.

Participants are encouraged to come dressed in early 20th century period costume for the event, which will include songs, music, marching and a high tea, according to a news release from the church.


Worthey’s book about Smyth, who influenced the Women's Right to Vote movement in England and America, “is a rare nod to a now (but undeservedly) obscure artist,” according to Kirkus Review. It is illustrated by Helena Perez Garcia.

Pre-release copies of “Rise up with a Song” will be available for purchase from BookPeople of Moscow during the event, which is free by RSVPing at pullmanucc.org, under the “What’s Happening” calendar.


Details about a virtual launch at 10 a.m. Friday, Nov. 18, for Worthey’s book, presented via Zoom by BookPeople, are at bookpeopleofmoscow.com/events.