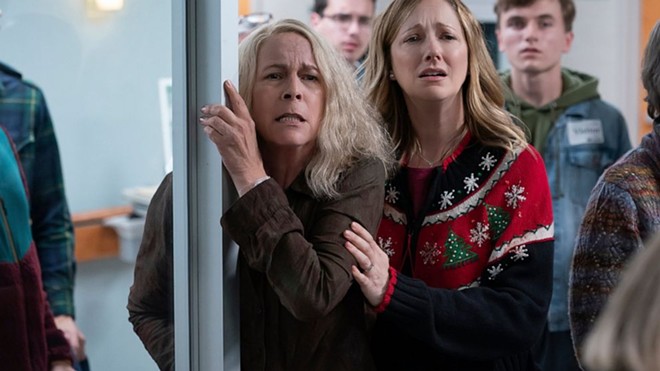 
First, there were prequels. Then, rebooting movie franchises was standard practice. We now live in the age of requels.

Rather than telling what happened before a particular movie, as “The Phantom Menace” and its two sequels were to the original “Star Wars” trilogy, or starting a series over from the beginning, as the “Spiderman” series did three times in 15 years, a current trend in movies is to continue a franchise’s story at a later point in its timeline. This allows viewers to revisit familiar territory with a new twist. 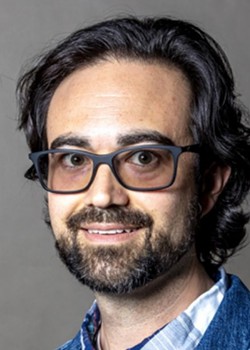 Requels have been largely successful within horror, breathing life into some stagnated series.


The “Halloween” franchise has seen some particularly egregious entries. Producers kept the franchise rolling long after creators John Carpenter and Debra Hill exited and various writers attempted to keep the story rolling with questionable revelations, including that Laurie Strode is actually Michael Myers’ sister and that Myers’ inability to be killed is tied to pagan rituals. “Halloween” (2018) picked up in real time where the original film left off in 1978 and ignored all subsequent films, which was for the best. Jamie Lee Curtis returned as the aging Strode who was terrorized 40 Halloweens ago by the masked Myers.


The first in a planned trilogy, the new “Halloween” was a hit, and the pandemic-delayed middle chapter, “Halloween Kills,” landed in fall 2021. Based on the direction of the two previous films, “Halloween Ends” promises a final showdown between Strode and Myers that will finally do justice to the duo. It is due for release in October.


“Scream” reinvigorated the slasher genre’s sequel-flogged corpse in 1996 and saw two immediate sequels, then fourth and fifth installments, both 11 years apart. “Scream” (2022), while sadly not titled “5cream,” was a worthy entry to a franchise that has a solid track record (skip the third, watch the rest). Unlike the “Halloween” revitalization, the most recent “Scream” builds on the series’ original narrative with the surviving characters and continues to tackle modern topics. Famous for its meta takes on the genre, the most recent film casts a critical eye on the current culture of obsessive fandom that often turns dark and toxic. It’s an enjoyable thriller on its own, and the commentary, while overt, doesn’t distract from the characters.


Sadly, they can’t all be winners. The “Texas Chainsaw Massacre” franchise looms large in horror history, which, given the widely varying tone and caliber of its sequels, speaks to the seismic impact and towering quality of the 1974 original. Even a recent rewatch left me feeling like I needed a shower.


The 2022 installment sees a group of influencer/activists buying a town in rural Texas to revitalize it. Why? They might be out for social justice, or they might be attention hungry and greedy (probably both?). They’re unlikable from the start. The requel aspect really only comes into play when Sally Hardesty, the only survivor of the original massacre, shows up. Sadly, or maybe fortunately, her character is underused. Including credits, the film’s runtime is a scant 82 minutes.


Inconsistency is the name of the game as characters overreact to situations, make nonsensical choices, die instantly of wounds that wouldn’t kill a person instantly, survive wounds that would, and generally serve as fodder for the childlike Leatherface and his only remaining ancestor (“The saw is family!”). The horror genre can be known for many of the sins listed here, but the good films have aspects that lift them above the thin characters and improbabilities. The latest “Chainsaw” leaves little but some impressive gore for the audience to sink its teeth into — it’s ultimately lifeless.


Say his name three times in the mirror and he appears. The original “Candyman” (1992) was a gothic romance ghost story set in the now-razed Cabrini Green Chicago housing projects. Its stylish cinematography, minimalist score by composer Phillip Glass and Tony Todd’s performance as the titular character made the film stand out at the start of a decade plagued by a horror drought. The film was successful enough to spawn two sequels, but to diminishing returns. In 2021, the series got the requel treatment that did the original justice.


The original film didn’t shy away from the terrors of poverty and racism, and the latest film gives a modern perspective on these topics. The first film saw Virginia Madsen, a white, female academic researching urban legends, who is drawn into Candyman’s web. This time, Yahya Abdul-Mateen II stars as a young painter searching for inspiration who also finds himself looking into the Candyman’s consuming mythos.


Thompson enjoys putting somewhat carefully chosen words in relatively meaningful order. He has been to college and collects VHS. He lives in Lewiston and can be reached at lcvrecordswap@gmail.com.