Drawing from the text: Varied illustrations of “Little House on the Prairie” tell different stories 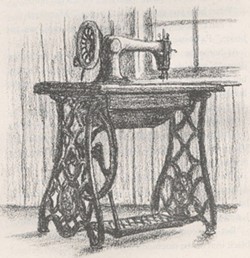 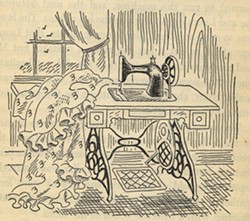 If you’ve read any of Laura Ingalls Wilder’s “Little House on the Prairie” series and can pull up a scene or two from your memory, chances are there’s an illustration in the book corresponding to the scene.

At least that’s what Anne Phillips, a professor at Kansas State University, has found often is the case. Phillips studies the way illustrations influence our relationship to a text or our memory of it and has found that illustrations often leave a stronger impression than the words. Because of this, illustrations become as essential to the telling of the story as the text.

“If the picture isn’t entirely accurate, it will skew the way you understand the text,” said Phillips.

Given the connection between the text, illustration and understanding, it becomes significant that the illustrations most of us associate with “Little House on the Prairie” are not the original ones.

The original illustrator of the young adult series was Helen Sewell, a prolific illustrator of children’s books who was working during the 1930s and ’40s when the books were first being published. The various books were originally published in different sizes because at the time it wasn’t known they would become a series. So in 1953, when the books were re-published together as a series, the editors chose to have the books re-illustrated -- this time by Garth Williams.

Williams had illustrated “Stuart Little,” and was perceived by the publishers as perhaps being a better fit for the young adult genre. Along with the new illustrations came a new perspective that influenced the way the text was received.

The differences in perspective can be seen by comparing each illustrator’s portrayal of the new sewing machine Ma received. Sewell depicted the machine with a beautiful women’s dress draped next to it. Williams, who was more interested in machines, depicted the sewing machine alone and with more detail.

Perhaps of more significance is the choice illustrators have in selecting the moments they choose to portray.

“What illustrators focus on shapes the way readers talk about the text,” said Phillips.

Because Williams’ favorite character was Pa, he depicts him in illustrations more than anyone else. So if you look at reader comments on Amazon.com, Phillips said, most of them are about Pa. In contrast, reader comments from books with the original illustrations tend to focus more on Laura.

In recent years, the Little House on the Prairie books have come under criticism for their portrayal of racist attitudes about American Indians. The controversy is nothing new to Phillips who recognizes the challenge it presents.

While there are aspects of the books that are complicated and difficult, she said, it’s still a powerful and important text. Rather than dismiss the series all together, she advocates developing tools to talk about the text in a way that enables people to learn more about the author and about themselves.

She admitted it can be difficult to find middle ground where conversation can take place, adding, “My job is to listen, to respect and to learn.”

WHAT: “Illustrating and re-illustrating ‘Little House on the Prairie’” by Anne Phillips