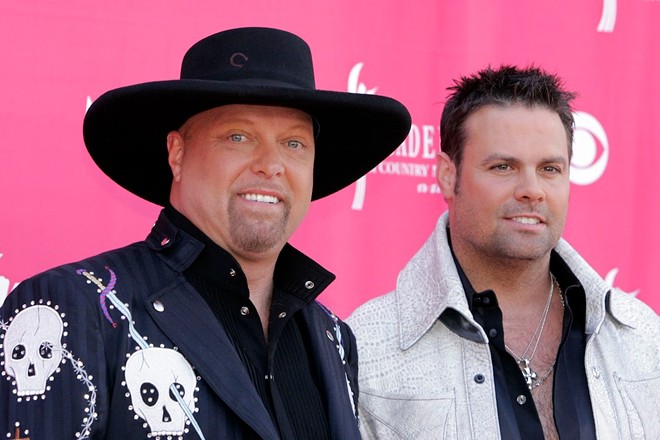 Eddie Montgomery, left, will headline the Palouse Empire Fair in Colfax. Tickets go on sale May 20.


Eddie Montgomery of Montgomery Gentry will headline the Palouse Empire Fair in September, and tickets for the show go on sale at 8 a.m. Friday, May 20.


The Pacific Northwest-based Olson Bros. Band, whose songs include “By and By” and “I Bleed Evergreen” will open the Sept. 10 show at the fairgrounds in Colfax. The band has opened for Dwight Yoakam, Dylan Scott and Lonestar, according to a Palouse Empire Fair and Fairgrounds news release.

Singer-songwriter Montgomery is best known for being part of the country-music recording duo Montgomery Gentry. His longtime partner, Troy Gentry, died in September 2017 in a helicopter crash.

Montgomery and The Wild Bunch are expected to perform many of the duet’s hits as well as tunes from his solo debut “Ain’t No Closing Me Down,” according to the news release.


Tickets, which include fair entry, range from $48-$68 and can be purchased at PalouseEmpireFair.com.