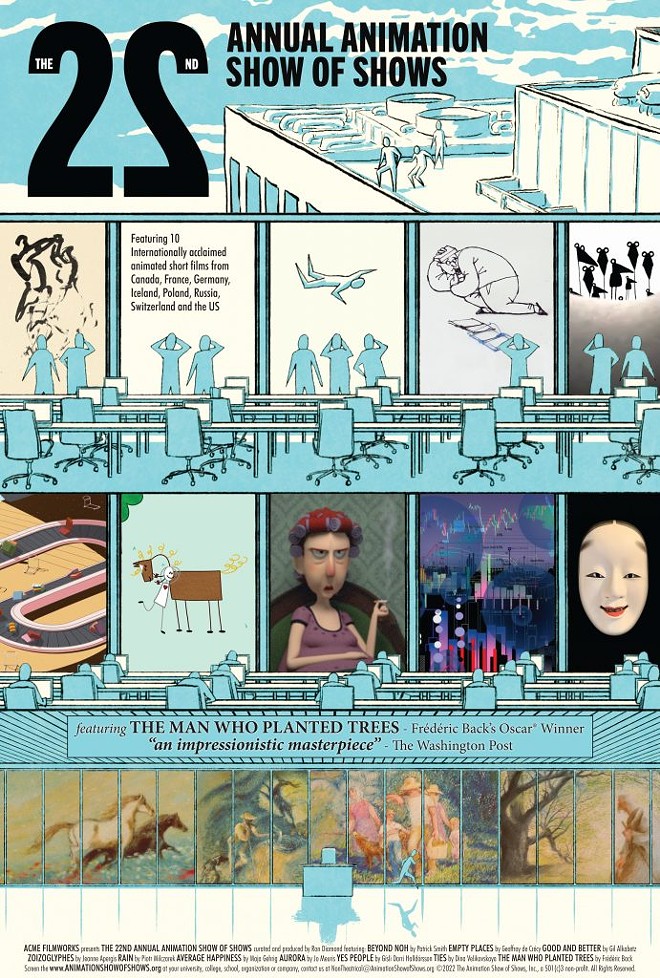 It’s not just you: These are anxious times.


That reality will be reflected in the return of the Animation Show of Shows, screening at 7 p.m. Wednesday, Nov. 23, at the Kenworthy Performing Arts Centre, 508 S. Main St., Moscow.


Now in its 22nd iteration, returning after a two-year COVID-19 hiatus, the film compilation is being shown at theaters and campuses across North America, according to a Kenworthy news release.


This year’s show includes 10 films — nine recent, and one restored classic — that deal with “both the anxieties and hopes of a world faced with a seemingly endless series of existential crises” through techniques ranging from stop-motion to hand-drawn to computer-aided, according to the news release.


“Animation is a natural medium for dealing with abstract ideas and deeply felt concerns, and the Animation Show of Shows has always strived to scour the world for the most affecting and engaging films,” founder and curator Ron Diamond said, in the news release. “While the recent films were conceived and some finished, before the Covid lockdowns, all but the most abstract display a concern with the ways in which we are all interconnected … or sadly alienated from our sense of human connection.”


Tickets for the show, not rated, are $10 at bit.ly/KenworthyShowofShows.