Idaho among last states to recognize King holiday, but other states went kicking and screaming too 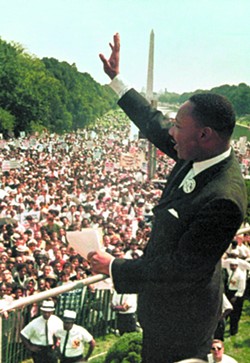 AP Photo/File
This Aug. 28, 1963, photo shows Dr. Martin Luther King Jr. acknowledging the crowd at the Lincoln Memorial for his "I Have a Dream" speech during the March on Washington. Monday, Jan. 17, 2011, marks the 25th federal observance of the birth of King, one of America's most celebrated citizens, and the only non-U.S. president to be honored with a national holiday.

Creating a national and state holiday celebrating Martin Luther King Jr., his accomplishments, and the advancement of human rights was not an easy sell.

Idaho was among the last states in the nation to honor Martin Luther King Jr., and his human rights work with a paid state holiday.

Here's three quotes from legislators at the time and a brief timeline of the controversial holiday's creation.

“A black holiday is what they’re wanting.” — Emerson Smock, R-Boise

“He’s for family values, happy marriages and children. He’s one people could rally around.” — Ron Crane, R-Nampa, who proposed comedian Bill Cosby be recognized instead of Martin Luther King Jr. Colleagues sought and received an official apology from Crane for the suggestion.

1968 — King is assassinated on April 4. In the proceeding months, federal legislation is introduced seeking to make his birthday, Jan. 15, a federal holiday. Efforts are opposed by a majority of Republicans.

1973 — Illinois is the first state to adopt a state holiday.

1979 — A federal bill to create the holiday is defeated in the U.S. House by five votes.

1983 — Six million signatures help push the bill through the House and Senate. President Ronald Reagan signs it into law creating a federal holiday.

1986 — The first official national holiday is observed the third Monday of January. It’s honored by Washington, D.C., and 27 states. Mississippi, Arkansas, Alabama, Louisiana, South Carolina and Virginia will come to combine the holiday with one honoring Gen. Robert E. Lee.

1989 — The National Football League selects Tempe, Ariz., to host the 1993 Super Bowl on the condition it adopt a King holiday, drawing national attention to states, including Idaho, that have not adopted the day.

1990 — Gov. Cecil D. Andrus signs compromise legislation making Idaho the 47th state to honor an official King state holiday. “Idaho Human Rights Day” is added to the title to pacify legislators opposed to singling King out for the honor. One of the driving forces behind the vote is Idaho’s national reputation as a haven for racists because of an active Aryan Nations compound located in Hayden since 1977.

2000 — Martin Luther King Jr. Day is officially observed by all states as a paid state holiday. South Carolina becomes the last state to sign a bill recognizing the day. Previous to that, state employees had to choose between MLK Day or one of three confederate holidays.

The main source for this article was “Idaho’s ‘Aryan’ Education: Martin Luther King Jr. Day and Racial Politics,” by Jill Gill, published in the Pacific Northwest Quarterly in 2011. Gill, a history professor at Boise State University, is currently heading a project to transform the Idaho Black History Museum’s permanent exhibit at Boise into an e-book for Idaho students and teachers. 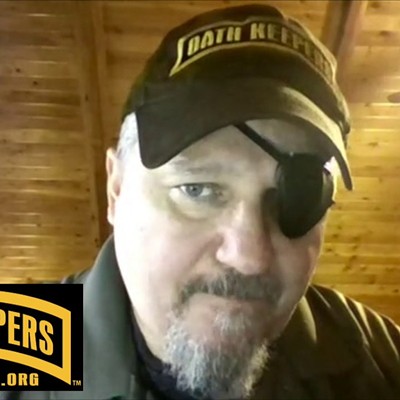