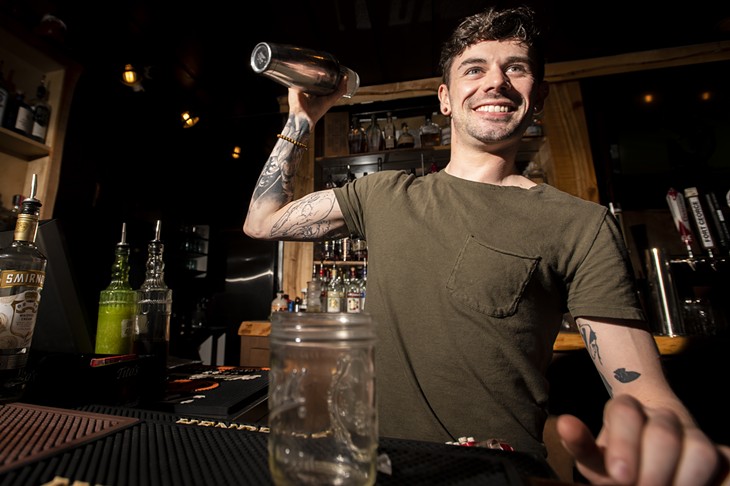 It looks like milk on ice. Then it hits your lips, and it is anything but the bland 2% traditionally poured on cereal.

“It’s a cream drink, so you look at it and you’re like, ‘Oh, it looks like milk.’ Then you drink it and you're like, ‘Oh man, I want more of these,’ ” said Benny Graham, bartender at Birch & Barley in Pullman.

The drink — the Key Lime Mojito — no joke, tastes spot on like Key lime pie. So, it’s no surprise the seasonal spring cocktail, created by bartender Lydia Williams, has been the most popular on the menu more than three weeks running.

It's the coconut milk that gives the drink — and Key lime pie — its smooth, refreshing taste. Its creaminess is what bartenders suspect keeps alcohol enthusiasts coming back for more.


The drink consists of 2 parts coconut milk, 2 parts lime juice, 2 parts Smirnoff whipped cream vodka, 1 part simple syrup and, according to Graham, “it wouldn’t be a mojito without four or five pieces of mint.” Once brought together, the ingredients are shaken on ice, strained into a pint-sized glass, and topped with ice.


The drink isn’t complete, though, without a graham cracker-coated lime garnish clinging to the rim of the glass.

“The look, it just brings the drink over the top,” Graham said. “If you take a drink through the restaurant and it has a cool garnish, people ask about it; it just adds a little wow factor.”


Sweet and creamy, it offers an initial burst of whipped cream and coconut milk, quickly accompanied by lime juice and mint. The way the flavors all come together, it’s like they are meant to be.


The Key Lime Mojito is actually so good, you can’t even taste the vodka.

But the drink wasn’t perfect to start — it’s been a team effort.


“When the drink was first made, we used half-and-half,” Graham said. “We were all drinking it, and it felt like something was missing. We all agreed that the coconut milk brought the Key lime pie taste home, and it gave it more of a spring vibe.”


The drink is fit for any spring setting, from a beach in Hawaii with a warm breeze, to a cozy patio like the Birch House features.


“Bartending is an art; I love the creation behind it,” Graham said. “We get to put something in front of someone that they haven't had before, and they just might end up loving it and coming back for it.”

Combine, in a shaker:

Pour into a glass of your choice. Top with ice. Garnish if desired. Enjoy! 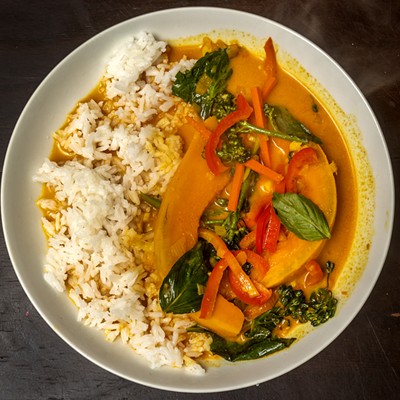