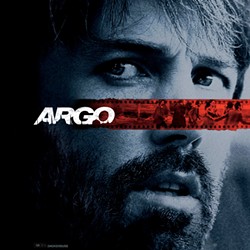 At first the film “Argo” sounds like pure Hollywood confection.

With six Americans trapped in Iran amidst a volatile political uprising the U.S. comes up with a crazy idea to get them out: They will assume the identities of a science fiction film crew.

The most compelling part of the story now in theaters is that it is based on true events, with some tinsel town drama. Someone who knows the difference between the fact and fiction is H. Lee Schatz, who was one of the six Americans and is introduced in the film as the “oddball from Idaho.”

It’s probably an accurate description, says Schatz, who was raised on a farm on the Rathdrum Prairie outside Post Falls and earned bachelor’s and master’s degrees from the University of Idaho. He now lives outside Washington, D.C.

“Anyone who volunteers to go to Iran and Iraq is a different person anyway, but that’s what makes life fun,” he says. 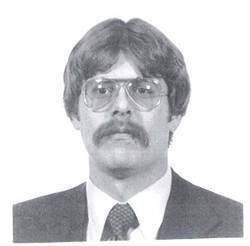 Schatz volunteered to work for the U.S. Department of Agriculture in Tehran in the late 1970s. He has spent most of his career working to open overseas markets to U.S. agricultural products and facilitate trade. As people stormed the U.S. Embassy in Iran Schatz watched from across the street. He later joined the other Americans who escaped being taken hostage. Canadian officials kept them hidden.

Schatz doesn’t object to the way the film portrays the escape. No, it’s not historically accurate, he says, “but it’s a movie people. You don’t go to a movie to learn history. People, you read books for history.”

If you want to know the true story in all its complexity read Antonio Mendez’s book “Argo: How the CIA and Hollywood Pulled Off the Most Audacious Rescue in History,” he says.

Mendez was the covert CIA officer who came up with the Argo plan and went to Iran to exfiltrate the six Americans. Schatz has kept in touch with Mendez over the years, visiting him each fall when he holds an art show in western Maryland. Mendez is now retired and a painter.

When Mendez got to Iran he presented three plans to escape the country. In the movie they were given only one option. Besides a Canadian film crew they could have chosen to be unemployed school teachers or a business-oriented team. 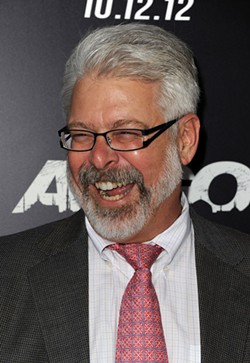 “We had to be convinced these identities we were taking on were us,” Schatz says. “He did use the term fun. He went away after presenting them and left the six of us there to make the decision. Sure enough we bought into what he wanted us to.”

In real life the Americans didn’t have to use movie storyboards to convince airport officials of their identity (although they had them). Trucks full of soldiers didn’t chase the plane down the runway. The film did accurately capture the tension in Iran at the time, Schatz says, beginning with the opening scenes where people scale the embassy’s walls.

“You just amp up your kind of tension level and that becomes the norm when you’re in those situations,” he says.

The details of the Argo escape were classified until 1997. When Schatz and the other Americans got home they were told no one could tell them what they could talk about, but if they didn’t offer details the government could keep the plan in its tool box.

Before that they’d had plans to get one or two people out of situations, Schatz says. “They didn’t have a scenario at that time that took care of a larger group.”

As far as he knows everyone kept the secret. The credit went to the Canadians who had sheltered the Americans, although Schatz points out other countries, like Britain, New Zealand and Sweden, were also involved.

Schatz has never returned to Iran. His personal safety was at risk again in 2003 when he volunteered to go to Iraq after the U.S. invasion to help restart its ministry of agriculture and put 13,000 people back to work.

“Someone was going to have to do it and I couldn’t think of anyone to recommend that I thought could do it,” says Schatz, who was 55 at the time. He remembers feeling like a human target standing outside talking to employees. He was surrounded by military personnel there to ensure no civilians got hurt.

Afghanistan is Schatz’s current focus. He’s working on a training program for civilians and military, including members of the Idaho National Guard, who will go there to try to strengthen the capabilities of its ministry of agriculture. He says the aim is to leave behind knowledge.

“If you give someone increased capabilities to manage an office ... no one can ever take that away from them.”

It’s not often farming techniques segue to glamour but Schatz and family have spent the year hobnobbing with Hollywood figures and attending “Argo’s” Hollywood premiere.