New streaming on Netflix, Amazon Prime and other streaming services week of Feb. 16

Channing Tatum and Adam Driver play brothers who defy the "Logan Lucky" (2017, PG-13) family curse when they rob a North Carolina NASCAR track in Steven Soderbergh's playful and clever heist comedy. Think of it as the red state answer to his jazzy, glitzy "Oceans" movies. Streaming on Amazon Prime Video.

Also on Prime Video is "Human Flow" (2017, PG-13), a compassionate documentary on forced migration around the around the world made with an eye for beauty by visual artist Ai Weiwei.

Gal Gadot is the original comic book superheroine in "Wonder Woman" (2017, PG-13), a refreshingly dynamic, rousing, and inspirational addition to the big screen universe of DC comics. Now on HBO.

The new Netflix teen comedy "Everything Sucks!: Season 1" pits the A/V club against the drama club in tale of social outcasts and unexpected romance in a 1990s high school in Boring, Ore. (a real town). Ten episodes now streaming.

Julia Roberts and Owen Wilson are protective parents of a child (Jacob Tremblay) with facial deformities in "Wonder" (2017, PG), the family drama based on the bestselling children's novel by R.J. Palacio. Also on DVD and Blu-ray and at Redbox.

The romantic drama "Irreplaceable You" (2018, not rated) stars Gugu Mbatha-Raw and Michiel Huisman as lifelong sweethearts whose future is in doubt after a grim diagnosis. Christopher Walken, Kate McKinnon, and Steve Coogan co-star in the Netflix original film.

Foreign affairs: "Love Per Square Foot" (India, 2018, with subtitles), a romantic comedy about a marriage of convenience in Mumbai, premieres in the U.S. the same week it opens in India.

"Good Time" (2017, R) gives Robert Pattinson a deliciously mercenary role as a scuzzy small-time thief trying to score bail money to get his mentally disabled brother out of jail.

Best bad movies: "Miami Connection" (1988, not rated) mixes martial arts, rock ‘n’ roll, vengeful drug dealers, and a brotherhood of orphans together with a level of incompetence that results in surreal entertainment.

Streaming TV: enter the beautiful and grotesque world of "Hannibal: Complete Series" (2013-2015) with Mads Mikkelsen as Dr. Hannibal Lecter or, in much lighter vein, get a ‘60s comedy flashback with "Rowan & Martin's Laugh-In: Complete Series" (1967-1972). Sock it to me!

Viggo Mortensen and Oscar Isaac are American hustlers in Greece in "The Two Faces of January" (2014, PG-13), a scenic thriller based on the Patricia Highsmith novel.

Holly Hunter and Tim Robbins are parents of a multi-ethnic family in Portland, Oregon in "Here and Now" from "Six Feet Under" creator Alan Ball. New episodes arrive Sunday nights.

Arriving Saturday night is "The House" (2017, R), a comedy with Will Ferrell and Amy Poehler as parents who turn their home into a secret suburban casino.

True musical stories: "Eric Clapton: Life in 12 Bars" (2018, TV-MA) profiles the life and legacy of legendary rock guitarist and "Word is Bond" (2018, TV-MA) examines the reach and power of lyrics in hip-hop.

Also new are Oscar nominated foreign classics "The Battle of Algiers" (France, 1966, with subtitles) and Akira Kurosawa's "Rashomon" (Japan, 1950, with subtitles) and a "Brit Noir" collection of dark British crime films including "They Made Me a Criminal" (1947) with Trevor Howard and the rare "It Always Rains on Sunday" (1947), which has never been released to home video in the U.S.

The Criterion Channel presents the newly restored presentation of George Romero's "Night of the Living Dead" (1968, not rated) and includes many of the supplements from the newly released special edition DVD and Blu-ray release. Also new: John Huston's "The Misfits" (1961) with Clark Gable, Marilyn Monroe, and Montgomery Clift and boxing drama "The Harder They Fall" (1956) with Humphrey Bogart in his final performance.

A pair of LGBTQ offerings: Matt Smith stars in "Christopher and his Kind" (2011), a British TV movie about writer Christopher Isherwood in 1920 Berlin, and Keeley Hawes stars in the mini-series "Tipping the Velvet" (2002), featuring an early performance by Benedict Cumberbatch. 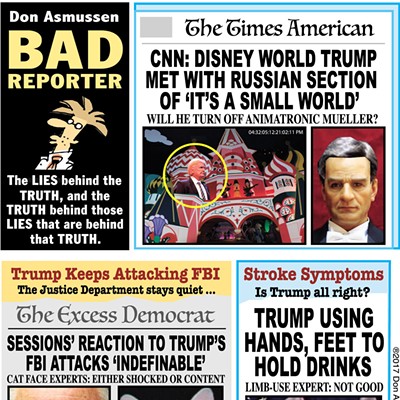 Where to stream the 2021 Oscar winners