CLAIM: Germany has halted the use of all COVID-19 vaccines because they are unsafe.

THE FACTS: Germany continues to use COVID-19 vaccines and is expected to receive updated booster shots that also target omicron strains, according to health officials. Social media users in recent days have amplified a false claim that Germany has discontinued all COVID-19 vaccines. “BREAKING NEWS —- GERMANY HALTS ALL C19 VACCINES, THEY ARE UNSAFE AND NO LONGER RECOMMENDED !!” reads one tweet shared more than 6,000 times. “NO ONE CAN GET IT & the vaccine license has been put on pause!!” On Telegram, posts advancing the erroneous claim included a news broadcast-style video in which a man identified as Stephan Kohn, a political scientist, pretends to be the new president of the Robert Koch Institute, Germany’s disease control agency. Kohn claims in the video that the government passed a “moratorium” and that COVID-19 vaccines are “not recommended any longer.” But that video was part of an event called “BasisCamp.live,” a fictional exercise that took place in Berlin in August. The Robert Koch Institute has actually been headed by Lothar Wieler since 2015. The suggestion that Germany has halted immunizations is false, a representative for the Federal Ministry of Health told the AP. “Germany has not banned or paused the COVID-19 vaccinations in Germany,” Kira Nübel said in an email. Nübel noted that Germany is currently slated to receive millions of more doses of Pfizer and Moderna COVID-19 vaccines. The country will also receive deliveries of new combination or “bivalent” booster shots from Pfizer, which the European Commission authorized this week. The updated shots contain half the original vaccine that’s been used since December 2020 and half a formulation that targets today’s dominant omicron versions, BA.4 and BA.5, as the AP has reported.

THE FACTS: Judges in Illinois will still have discretion to order suspects for these and other serious crimes held in jail pending trial if they are deemed a threat to public safety or a flight risk, but the new law does impose higher standards to meet those conditions. Social media posts and conservative news outlets have been distorting how Illinois’ Pretrial Fairness Act, which is scheduled to take effect Jan. 1, will work. The posts list a range of violent crimes that they say will be considered “non-detainable,” including second-degree murder, kidnapping, robbery, burglary and arson. The posts also include dire warnings that Illinois communities will soon devolve into a real life version of “The Purge,” a horror movie where all crime is allowed on one night a year. “On January 1, 2023, Illinois will take its place in history when they become the first state to test out ‘The Purge’; in real life,” an Instagram user wrote on Monday. “The ironically named ‘SAFE-T’ act will charge and release criminals without cash bail for 12 now non-detainable offenses." Illinois’ new law ends cash bail, or payments imposed by a judge, as a condition of a person’s release pending trial. It’s among the most contentious parts of the “Safe-T Act,” a wide-ranging criminal justice bill Illinois lawmakers passed in 2021 in response to the nationwide reckoning on racism and police brutality. But the law doesn’t create a new classification of “non-detainable” offenses, as critics claim. Suspects can still be jailed pretrial if they are considered a public safety risk or likely to flee to avoid criminal prosecution, said Lauryn Gouldin, a criminal law professor at Syracuse University in New York who studies pretrial detention and bail. The new law states: “Detention only shall be imposed when it is determined that the defendant poses a specific, real and present threat to a person, or has a high likelihood of willful flight.” Additionally, those charged with “forcible felonies,” ones in which probation isn’t an option if convicted, can also be detained pretrial under the law following a required court hearing, said Benjamin Ruddell, director of criminal justice policy at the American Civil Liberties Union of Illinois, which was among the local advocacy groups that supported the measure. That includes serious crimes such as first-degree murder and criminal sexual assault. Those arrested for forcible felonies such as second-degree murder, robbery, burglary, arson, kidnapping and aggravated battery — the crimes often cited by opponents of the bill on social media — are not required to have a detention hearing since they are offenses subject to probation. The suspects could, however, still be held in custody until trial if a judge determines they are a threat or flight risk. “Contrary to the false arguments advanced by opponents, the new pretrial system will not simply release every person arrested for a crime,” Jordan Abudayyeh, a spokesperson for Democratic Gov. J.B. Pritzker, wrote in an email. Still, the new law does impose higher standards for determining who is considered a public threat or a flight risk, and critics are concerned it will make it nearly impossible to detain a suspect ahead of trial. Prosecutors will now have to show a defendant poses a threat to a “specific, identifiable person or persons,” rather than a more general threat to the community, or they’d have to show that the person has a “high likelihood of willful flight.” “This is a much higher burden than commonly used today in courts throughout the country,” says Jon Walters, an assistant state’s attorney in the office of Will County State’s Attorney James Glasgow, who has been a vocal critic of the new law. “The new standards could potentially be insurmountable.”

CLAIM: All funeral services in the U.K. have been canceled on Sept. 19, the day Queen Elizabeth II is set to be buried.

THE FACTS: While some families are opting to postpone or reschedule services set for the day of the queen’s funeral, Sept. 19, there has been no countrywide cancellation order for private funerals on that day. Following the announcement that Monday would be observed as a public holiday in the U.K. to commemorate the queen’s burial, some social media users shared the inaccurate claim that all coinciding funerals would be canceled in deference to Britain’s longest-serving monarch. “Omg so all funerals due on the 19 th have been cancelled !My heartfelt sympathy with all those bereft families involved,” one Twitter user declared, receiving more than 22,000 likes and nearly 4,000 shares. But this isn’t the case. No blanket cancellation orders have been issued to cover funerals scheduled for the day, according to representatives from three of England’s funeral and crematorial industry groups. “There is no truth in this coverage,” Brendan Day, secretary of the U.K.’s Federation of Burial and Cremation Authorities, wrote in an email to the AP. “The advice being circulated is that all funerals booked for the 19th September proceed as arranged.” Terry Tennens, chief executive of the National Society of Allied and Independent Funeral Directors, and Deborah Smith, a spokesperson for the National Association of Funeral Directors, both confirmed that there was no countrywide call for cancellations. Tennens called the situation a “mixed picture” and added that he knew of two local authorities that opted to close their crematoriums that day, but also noted that crematoriums operated by authorities in at least five other localities would remain open, as would cemeteries and crematoriums run by private operators. “Some funerals will go ahead, others are moving to a different date - led by the needs & wishes of the bereaved families involved and in consultation with their chosen funeral venue,” Smith wrote in an email. The government on Saturday announced that Sept. 19 would be deemed a national bank holiday “to allow individuals, businesses and other organisations to pay their respects to Her Majesty and commemorate Her reign” on the day of her state funeral. Time off is not mandated for bank holidays and “the government cannot interfere in existing contractual arrangements between employers and workers,” according to the guidance. Tanya Khan, a spokesperson for the U.K. government’s Cabinet Office, confirmed that organizations and businesses are “under no obligation” to close offices or otherwise cancel or postpone events, and that those decisions were at the discretion of employers. The queen died at Balmoral Estate, her summer residence in Scotland, on Thursday at age 96, ending her 70-year reign.

CLAIM: Nintendo and Apple devices as well as the Roblox gaming platform are displaying on-screen messages explaining that they are disabled during the national period of mourning for the late Queen Elizabeth II.

THE FACTS: These messages aren’t real, and there are no such interruptions. As the U.K. mourns the death of Elizabeth, some social media users are spreading baseless claims that its national period of mourning is hobbling tech devices and gaming platforms. “Don’t play Roblox in the UK,” read one widely shared tweet, which featured an image designed to look like an alert message on the gaming platform. The image featured a photo of the late queen and the text, “Disconnected: Queen Elizabeth II 1926-2022. This experience is unavailable for the Royal period of Mourning and will continue to be until Monday 19 September.” An Instagram post made the same claim about Nintendo, featuring an image of a handheld game console from the brand with a similar message on its screen. Meanwhile, Twitter users falsely claimed Apple iPads would display the message for any users who selected British English in their language settings. “Friendly warning, DO NOT set your iPad’s language to British English or it will go into mourning mode for the next couple of days,” read the tweet, which was shared more than 8,000 times. While some posters shared the images in jest, others seemed to believe the false claims, asking if there were exceptions for emergencies or expressing gratitude that they used Android devices. However, the claims are unfounded. “There’s no truth to the rumor,” a Nintendo representative confirmed to the AP in an email. “There have been no changes to where Roblox is available globally,” said Roblox spokesperson William Nevius. Apple did not respond to a request for comment, but an AP journalist’s iPhone displayed no such message when its language settings were changed to U.K. English. Apple’s tracking page for system issues reported no ongoing issues on Wednesday. The mourning period for the queen extends beyond the date of Sept. 19 mentioned in the false posts. Elizabeth’s funeral is scheduled for that day, and the mourning period will extend for a week after that, according to the royal family. 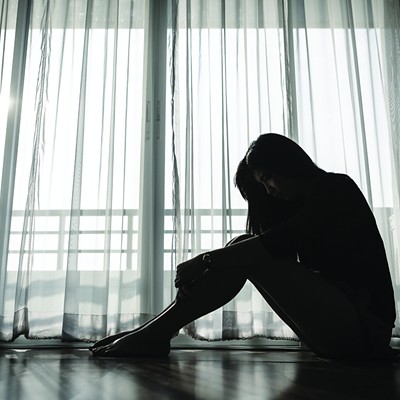