Playing with the future: Board and card games that explore the possibilities

Modern tabletop game designs strive to tell a story through a strong theme and interesting narrative. One of the most exciting themes for players to examine is that of the near future. Nobody knows what tomorrow holds for humanity, but there are plenty of fantastic games that allow players to explore what the world could look like, for better and for worse. 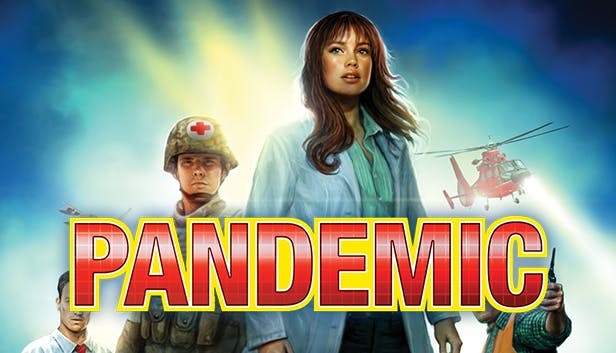 If you are interested in playing a part in the future of medicine and disease, try one of the greatest board games ever designed: Pandemic (two to four players, age 8+).

Designed by Matt Leacock way back in 2008, this cooperative game imagines a near future where a series of four deadly diseases have broken out across the world. Players take on the roles of various scientists and doctors, working together to find cures while struggling to contain outbreaks in major cities.

During a turn each player takes up to four actions, including moving from city to city, building research stations, treating sick patients in hopes of stemming the spread of disease, trading cards with other players or spending cards to cure one of the diseases. In addition, each player’s role has a special ability that contributes to the team’s efforts to save the world. After the player’s action, two cards are drawn. Usually these cards help, but occasionally an outbreak card is revealed, spreading disease even further. Only by working together can players hope to succeed.

Whether they cure all four diseases and win the game or see the world overrun by the pandemic, players will have a story to tell about the frightening prospect of a future outbreak and the need for people to work together to ensure survival.

Once players have played a dozen games of Pandemic, I suggest investing in Pandemic Legacy: Season 1 (two to four players, age 13+). This edition ratchets up the story by giving every game permanent consequences. Each game session is part of a larger story arc that takes place over 12 to 24 plays of the game. Many choices made by players will have permanent results, causing players to place stickers directly on the board, write on game pieces, literally tear up and throw away cards, and otherwise forever alter their game. After an entire playthrough, the players involved will have a one-of-kind game board to go along with their experience. Then it is time to pick up Pandemic Legacy: Season 2.

Go where no man has gone before

Maybe a world-wide pandemic is too dark for you. A more optimistic theme is the idea of exploring outer space. Players can enjoy the first major step to the stars with the game Terraforming Mars (one to five players, age 12+).

Designed by Jacob Fryxelius and published by Stronghold Games, this board and card game explores the question seen so often in the news: Can we eventually live on Mars? Each player takes on the role of a future corporation determined help make Mars become livable for humanity.

On their turn, players acquire project cards that allow them to build domed cities, plant trees to introduce oxygen, raise the temperature by crashing asteroids on the surface of the planet and mine for valuable ores. The player that most efficiently contributes to making Mars habitable wins.

The game takes roughly two hours to play. In that time, players will gain insight into the struggles and strategies connected to the process of terraforming Mars. Even those who lose the game will come away with a better understanding of the challenges facing humanity in our attempt to move beyond Earth.

Fans of the game can explore the solar system further with expansions to Terraforming Mars, including Venus Next, Hellas & Elysium, Prelude and Colonies. While I enjoy all four expansions, my favorites are Prelude and Venus Next because they add some exciting new cards and rules to the base game. Hellas & Elysium includes two new maps for greater variety. Colonies expands the level of strategy for hardcore players but is not recommended for beginners.

Perhaps you would like to play in the bleakest of near futures, one where the world has suffered a nuclear apocalypse and humanity struggles to survive. While there are ample books and films centered around the post-apocalyptic theme, few games capture the feel of running a rag-tag band through the wastelands, fighting for every scrap of food, and wondering if your settlement will survive the night better than Outlive.

Designed by Grégory Oliver, Outlive (two to four players, age 14+), is a resource management game in which players gather goods to help their characters survive in a harsh world.

Played over six rounds that represent six days, players send four heroes of different strengths roaming around the board in search of food, water and other necessities. Depending on the strength of each hero, the player will gather varying amounts of resources. Then players manage their shelters, feed their tribes and try to recruit new followers to enhance their chances of survival. The player that best manages this process wins.

Prices for each of these games range from $30 to $60 online or at area hobby stores including Safari Pearl in Moscow.

A few more board and card games that explore a post-apocalyptic wasteland:

A card game in which players try to establish a new country by securing locations, hiring strong leaders, and sending workers to gather resources. 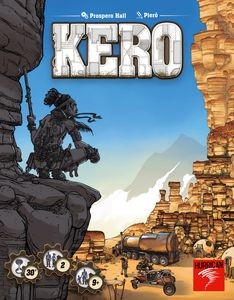 Payers try to keep their cool under pressure as they gather resources in real-time. 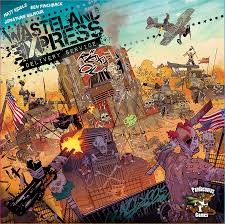 Players drive a war-rig truck across irradiated lands, fight off roving raiders and deliver goods and guns to the few remaining settlements. 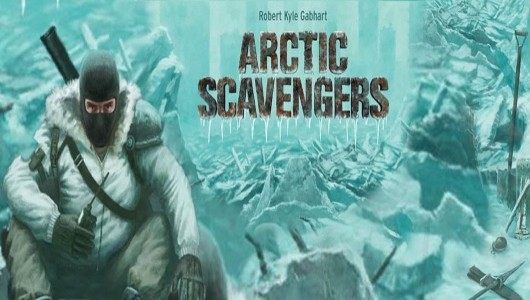 A card game in which you uncover lost technology that improves your hand as you play. The most effective players will be able to find the best gear and survive the many scavengers that roam the arctic wastes.

Sylvester is an associate professor in the creative writing program at Lewis-Clark State College and co-author of the rip-roaring adventure “Legends of the Lost Causes,” set in a fantasy West. He enjoys gaming every week with his wife and friends. You can send your questions about tabletop games to him at lnsylvester@lcsc.edu.