The 1800s return at Little House Day outside Genesee 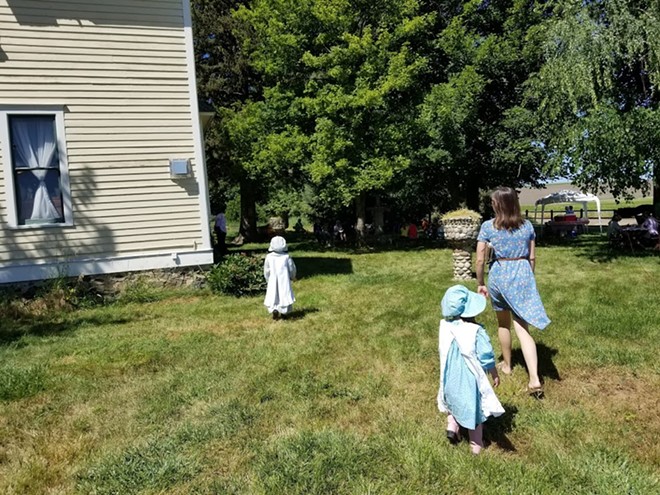 People can travel back in time to the pioneer days Saturday at White Spring Ranch north of Genesee, where the legacy of Laura Ingalls Wilder’s “Little House” stories will be celebrated at Little House on the Prairie Day.

From 1-6 p.m. the historic ranch, which includes cabins built in the 1800s, will be open for tours. Many items from that era will be on display in the 1873 farmhouse, with interpretive information about what purpose they served, along with the chance to use them.

In one century, three families raised 23 children at the ranch; but what’s unusual about the homestead is that over three generations they rarely threw anything away and documented nearly every day of their lives. Diane Conroy, whose great-grandparents, John and Mary Lorang, bought the property in 1884, has dedicated herself to preserving the property and its contents as a nonprofit National Historical and Century Ranch site.

Behind the farmhouse, John created a curio museum in an 1880s log cabin. Here, he showcased his taxidermy, antlers, nests and hand-carved canes, which can still be seen. In the property’s 1876 cabin, hoofed legs of small animals are mounted on the ceiling beams as hooks for lanterns.

The Nez Perce National Historical Park will have a display at the event, including a tepee demonstration. There will be an ice cream social, and fiddlers will play throughout the day. At 3 p.m., there will be a fiddle dance. People are invited to come in period clothing, and costumes will be available for kids and adults to try on.

Admission is by donation. The ranch is at 1004 Lorang Road. At Little House Day 2018 a trappers tepee is filled with items from the past.

Colfax Festival of Trees can be viewed from outdoors