A Seattle man who was shot in the face by a white supremacist shortly after 9/11 will share his remarkable story of forgiveness, reconciliation and resilience Tuesday as part of the Asotin County Library’s “Wine and Wisdom” series.

Rais Bhuiyan, 47, said he plans to talk about how we can work together to prevent and disrupt hate and violence in our society.

“Basically, stories humanize people,” he said in a recent phone interview. “Most of us know the definition of racism, but until we find ourselves in a situation facing those harsh realities, we would never know what it feels like to be a victim. By sharing my story, I hope to inspire people to be more compassionate, empathetic, understanding, accepting and forgiving.”

Bhuiyan, who was born in Bangladesh and immigrated to the U.S in 1999, moved from New York City to Dallas a few months before the deadly terrorist attack on Sept. 11.

In the days that followed, white supremacist Mark Stroman went on a killing spree, hunting for “Arabs” and perceived Muslims, though none of his victims turned out to be from the Middle East.

Bhuyian survived the shooting, but two other victims died. Not only did Bhuyain forgive his attacker, he also spent months trying to save him from death row. During the process, Stroman renounced his white supremacist beliefs and expressed deep regret for his actions. In his final words before being executed in Texas, Stroman said, “One second of hate will cause a lifetime of pain.” 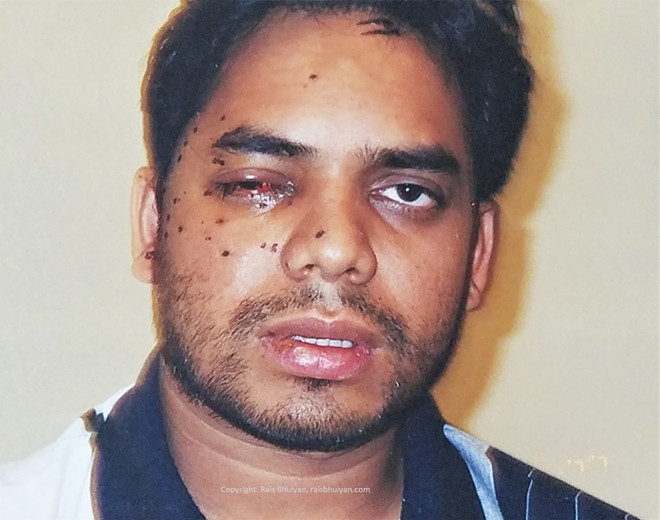 A photo of Rais Bhuiyan during his recovery from being shot in the face.

Bhuiyan, along with his wife, Jessica, went on to establish a nonprofit, World Without Hate, which is focused on disrupting hate and violence and restoring peace and understanding through storytelling and empathy. The couple has lived in Seattle for about four years.

“I hope people will share their own stories and inspire others during the presentation,” Bhiuyan said. “Stories humanize people. We all love something, we’ve all lost something, we all go through pain and hardship and struggles in life. Everybody is equally important, whether they live in small towns or mega-cities.”

“There is nothing that America cannot fix and achieve, because it is the country where change is possible. It is the country where someone like me came as an immigrant, was shot in the face, hit rock bottom, left on a concrete floor for dead, but was able to achieve his American dream.”- Rais Bhuiyan

Bhiuyan left home at the age of 12 to attend a prestigious boarding school. There, he developed mental toughness and learned responsibility and how to take care of himself. “That helped me a lot after I was shot and in a rock-bottom situation,” he said.

The former Air Force pilot officer moved to the U.S. because of his interest in computer science. He never imagined he’d end up dedicating his life to transforming human hearts and minds in America.

He wound up in Dallas after a friend invited him to visit. Bhiuyan, who watched a lot of Western movies as a kid, was excited about the prospect.

“I was very happy to visit Texas, and see cowboys and ranches and bars with their famous swinging doors in famous movies. I never did find one of those,” he said with a laugh.

His message of forgiveness comes at a time when the country is highly divided on myriad issues, but Bhuiyan has faith the challenges can be overcome.

According to Bhuiyan, there are three things people can do:


1. We need to treat each other as humans first. “We need to learn that what we want for our families is the same: peace, love, happiness and opportunity.

2. We need to start seeing people as individuals not as a group; that will help people to not stereotype. “Do not blame an entire race, group or religion for the criminal behavior of one person.”

3. Stand up for human suffering, regardless of the victims. If you see human suffering, do not pick and choose who you defend, based on race or religion. “We all must stand up and raise our voices.” 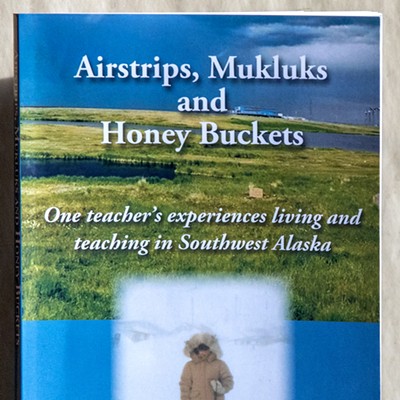