In Johnny Cash's words, Sean Prentiss has lived "everywhere man." From the Desert Southwest in Arizona, New Mexico, and Utah to the mountains of Oregon, Montana, Colorado and Washington.

As a fervent advocate and protector of the American deserts in his writing, Edward Abbey was capable of prose as mystifying as the sandstone arches, the skyward cacti and the immense canyons he held so dear.

Abbey read his landscape - the desert Southwest - like scripture, masterfully articulating it in "Desert Solitaire," his seminal 1968 work.

Prentiss, who earned a master's degree in creative writing from the University of Idaho, will return to Moscow on Saturday to speak at TEDxUIdaho, an independent TED event, dubbed "Cultivating Curiosity." TED is a nonprofit dedicated to educational lectures under the moniker "Ideas Worth Spreading."

Now an assistant professor of English at Norwich University in Vermont, Prentiss released a book titled "Finding Abbey" in 2015. It has garnered considerable attention and was named a National Outdoor Book Award winner.

In the book, Prentiss embarks on a search for his spiritual leader's hidden desert grave, one since Abbey's 1989 death that has been known only to Abbey's family and closest circle of four friends who buried him.

Through his narrative, Prentiss addresses Abbey's sometimes complicated legacy - specifically how Abbey, in his railings against the ills of human overpopulation, turned an inflamed, and however unjust, literary sword toward Hispanic immigrants and American Indians.

On a personal level, Prentiss' 2015 release was about rekindling his own geographically displaced lust for wildness and the American West - one shaped greatly by Abbey's beautiful and perplexing words.

Prentiss said he felt a deep aversion to his suburban surrounding as a child growing up in Long Island, N.Y. He was most at ease during the summer at his family's rustic Pennsylvania cabin, hand-pumping water and using an outhouse.

Since settling with his wife Sarah along a small lake in Vermont, Prentiss said he looks forward to life on a micro level -- most excited about some ducks who are edging toward moving into a wooden box they built along the lakes shore.

It wasn't until Prentiss read "Desert Solitaire" as a college senior that he learned how to articulate this roots-deep pull toward the wild places and the blank spots on the map that would mark his future.

"Before Abbey, I just felt it - I couldn't put it into words," he said.

Since that introduction, Prentiss has lived in the mountains of Montana, Colorado and the Pacific Northwest, in addition to the deserts of Utah, Arizona and New Mexico and the lower elevations of the Midwest and Florida. For two years, he served in the Peace Corps in Jamaica.

Although Prentiss said he has always "devoured books," the craft of writing came slowly, like how rushing water erodes rock.

Prentiss said his mother asked that he keep a journal when he overloaded a Datsun Sentra and headed off to Western State Colorado University in the early 1990s. Like a good son, he listened.

About 10 years from when he started journaling as a freshman, Prentiss took a backpacking trip to Mexico's Copper Canyon with two buddies and his journal. Later on, upon a recommendation from a friend, he sent his account off to a regional outdoors magazine.

Of Abbey's 21 books, Prentiss has read 20, in addition to Abbey's master's thesis, "Anarchism and the Morality of Violence," and an unpublished novel.

Despite an affinity for Abbey's words that brings Prentiss so far as to label Abbey his "ghost mentor," Prentiss said Abbey's thoughts on sealing off Mexican immigration were "wrong, ethically and scientifically." Flawed also, he believes, is how Abby could advocate for allowing families to have only one child, while he had five children of his own.

The human spirit, and its containing vessel, can be complex and contradictory, Prentiss said.

So for Prentiss, Abbey will always be a writer who spoke directly to him. An outdoorsman, of the ilk, who, after a long day outdoors, would sip a beer with you while looking upon a virgin landscape.

And that is why, in “Finding Abbey,” he sits parked in a rental Jeep with Haus, along a dirt road in Southwestern Arizona overlooking the barren Cabeza Prieta Wilderness.

He has two days to search. 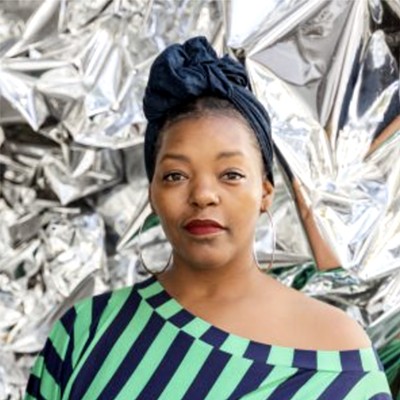 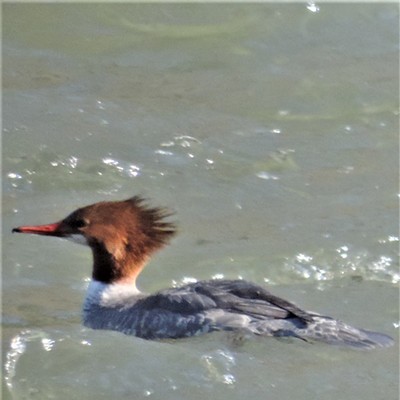 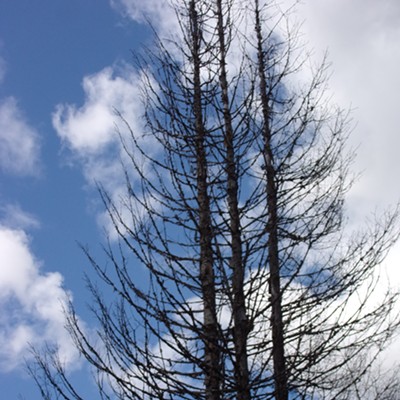