Kamiah's Jemima Farris grew up in a cult. Her new podcast features those who find strength within to overcome difficult circumstances.

August Frank
Jemima Farris stands outside the Kooskia Cafe earlier this month. Farris has worked at the cafe for nearly seven years. She came to Idaho in search of a safe place to heal after growing up in the Children of God cult. Her new podcast, "Butterflies and Bravery," features the stories of people who have overcome many kinds of trauma.

Neither joined by choice; they were born into the group in the early 1970s. Farris’ story begins in Kooskia, where her mother joined the cult while pregnant with her.

This spring, after completing a course in interpersonal and group coaching, the two women launched the podcast “Butterflies and Bravery” to spotlight the voices of trauma survivors. Both women identify with the butterfly as a symbol.

The introduction to the podcast promises “real and raw stories from everyday, ordinary people who have faced extraordinary experiences, overcome phenomenal setbacks and accomplished the impossible on their road to purpose and success.”

“We both got to the point in our lives that we needed to do something to help other people who are struggling,” Farris said about why they decided to create a podcast.

Every Wednesday, the show features a guest with a story to tell. The focus is on how people survived challenging circumstances and what advice they might offer others. Titles like “Meth and Me,” “Shove that Happy Rainbow up your Ass,” “Paper Clip Smile” and “Jail Bait and Switch” hint at a range of experiences.

“It’s not the suffering Olympics. All stories are valid if you are conquering your trauma. If you came through wiser and stronger, that’s who we want to hear from.” - Whisper Wind James on criteria for stories sought for the podcast "Butterflies and Bravery."

Farris and James share some of their Children of God experiences in the podcast’s first episode, “It’s About to Get Weird,” where Farris explains how her mother came to join the cult.

The Children of God began in California in 1968, and a friend of Farris’ father came to Kooskia with the intention of recruiting him and others, she said.

She suspects part of the motivation was that her dad, Jim, was a musician. He played in a band called The Pallbearers, and music was important to the cult, initially. Jim didn’t want to join, but Farris’ mother, Deborah Thompson, did. Pregnant with Farris, she packed up and left Kooskia with the group, later giving birth at the group’s colony for women in Seattle.

“Jemima’s mother left me the day after she became pregnant, so I never had nothing to do with raising her, so we were never a complete family,” said Jim Farris, who now lives in Maryland but spends summers in Clearwater. “Her mother dumped her in the Children of God, rather than ask me to raise her, so I was never an actual dad.”

Jemima said she doesn’t blame her mother or hold it against her.

“Her motives were pure,” she said. “She wanted to get away from drugs. She thought she was serving the Lord.” 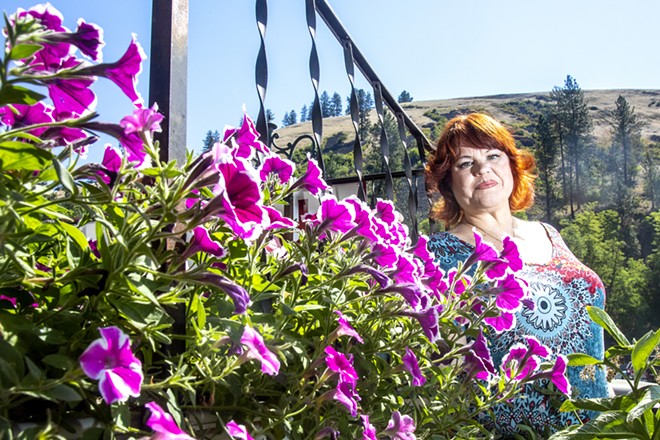 August Frank
“Her motives were pure,” Farris said about her mother's decision to join the Children of God cult. “She wanted to get away from drugs. She thought she was serving the Lord.”

The cult routinely separated children from their parents, including both Farris and James when they were each 12 years old. The women describe this experience in the podcast’s ninth episode, “Given to God at 12.” Farris lived in 21 different countries before she turned 18 and didn’t see her mother again until she was 27. She thinks her mom wanted to believe it was OK, she said.

Farris and James first met as teenagers in Chiang Mai, the largest city in northern Thailand, at a school organized by the cult. Farris was 16, and James was 15.

“After we met, we sat by the lake and talked all day. We’re like twins, two bodies and one soul,” said James, who lives in San Diego.

Although cult leaders discouraged personal friendships and tried to separate them, their friendship has endured for more than 30 years.

“I could share horrific stories, but the thing that gets forgotten is the evilness of the cult,” James said. “The spiritual, mental and emotional wounds are the hardest to recover from. The real deep wounds that tear up your life are emotional and mental. As teenagers, we were supposed to find who we are; they denied us that.”

“The emotional and psychological stuff was all day, every day, while the physical and sexual abuse was once in a while,” Farris said.

“You question your worth, doubt if people want to hear you, grieve over what was done to you,” James said.

Both left the cult in the early 2000s. Cult leaders excommunicated Farris for smoking marijuana. Before that she was too scared to leave, she said. She didn’t know anything else. Cult members begged on the streets for money, but turned it over to the group. They weren’t allowed to earn their own money.

“The only time you could have money is to proselytize,” said James, who hatched a plan to escape with the man she was married to at the time.

The couple arranged to travel to Jamaica to volunteer at an orphanage. Although they were expected to buy one-way tickets from New York City to Jamaica, they secretly booked round-trip tickets for themselves and their four children. After working at the orphanage, they flew back to New York with $500 they’d received from the cult. They spent $300 on a taxi to take the six of them to upstate New York, where James’ mother (who had left the cult) lived.

Farris and James had occasionally kept in touch by mail after meeting in Chiang Mai. After they left the cult, they reconnected by phone with the help of friends. Since then, they have served as a support system for each other.

“We realized how many lies we were being shovelled,” James said.

Although they both knew it was wrong, they had no concept of how wrong because they didn’t know anything else.

“It was terrifying to realize what had been stolen from us, taken from us,” James said. “I think the only reason I’m here today is because I had someone like Jemima in my life. I feel so whole and accepted. I really see my whole healed self when I am with Jemima. In the cult they told us we were bad and wrong.”

Farris echoed James’ thoughts about their friendship and how important it is to have a friend who understands one’s past.

“She told me right away about the cult,” French said. “I thought it was OK because I’d been through a lot myself.” 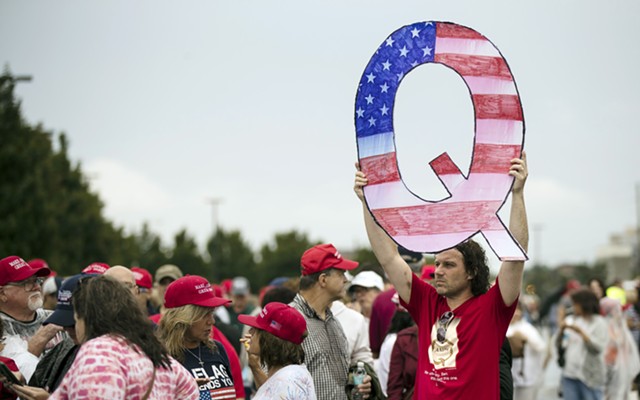 What makes a cult: Cults where people live communally may be less common today, but cults haven't gone away

He admits he was worried about her for a time but thinks she is doing well now.

“My life after leaving the cult has not been very easy,” Farris said. “We suffered a lot to get to this point where we are today. I had some major drug addiction trying to self-medicate, trying to find some peace inside.”

Her father invited her to move to Idaho.

“I’ve only spent a few weeks of my life with him, and I moved here because he wanted me to,” she said. “He gave me an old house in Clearwater.”

Farris, who now lives in Kamiah with French and her 23-year-old daughter, has worked as a cook at the Kooskia Café for nearly seven years.

“We moved here (to Idaho) to get her away from drugs,” French said. “I think it’s great that she’s doing the podcast. I told her a long time ago she should do something to help people. … She’s helping people to see that it can be better.”

August Frank
“After leaving the cult, I was a single mother with a child. I didn’t have time to deal with emotions,” said Farris.

Farris’ daughter, Mikayla, said she finds the podcast interesting and encourages her friends to listen to it.

“It is talking about things that people are uncomfortable talking about,” Mikayla said. “It opens your mind to listening to how other people have overcome their inner demons and become better people from those dark days.”

She said she admires her mother and is proud of her for getting off alcohol and drugs by herself, with support from family, but without Alcoholics Anonymous or rehab.

“She’s a very powerful person,” she said. “She can overcome almost any obstacle.”

Mikayla said she thinks the podcast has helped her mother control her emotions.

“This is the best that we have ever been as a family,” she said.

Farris and James welcome other trauma survivors to consider sharing their stories on the podcast. People can contact the women through their website, butterfliesandbravery.com, where all podcast episodes are available.

Sometimes people ask James: Why share my story if someone else’s is worse?

“It’s not the suffering Olympics,” she said. “All stories are valid if you are conquering your trauma. If you came through wiser and stronger, that’s who we want to hear from.”