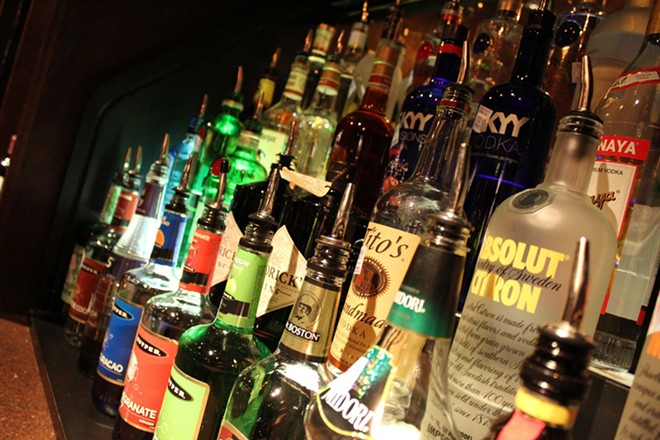 Those who imbibe often have a favorite watering hole, whether it’s for classy cocktails or stiff, cheap drinks.

A look at the most recent statistics from the Idaho State Liquor Division provides a glimpse behind the counter at area bars on the Idaho side of the state line.

The division recently released its annual bar sales report for fiscal year 2018. Inland 360 obtained the numbers for the top 10 bars and restaurants in Nez Perce and Latah counties in terms of number of bottles purchased and dollars spent at state liquor stores.

These figures represent licensees' expenditures, not their actual sales. It also only reflects liquor sales. Beer and wine are not included. More than one bar listed means they are operating under a liquor license held by an individual who owns or leases all the spaces. Washington has a different system for tabulation, so bars in Whitman and Asotin counties are not included in this story.

Back to the numbers, in a nutshell:

In Moscow, the most-bottles-ordered title went to Mingles Bar and Grill which ordered 5,948 bottles for $76,506.

Dividing the amount spent by the number of bottles purchased for each bar provides an average price paid per bottle, which indicates which bars are ordering more top-shelf liquor as opposed to lower-cost well drinks.

Here’s a look at the top 10 ranked by number of bottles purchased, according to figures provided by Tony Faraca, the division’s chief financial officer in Boise. 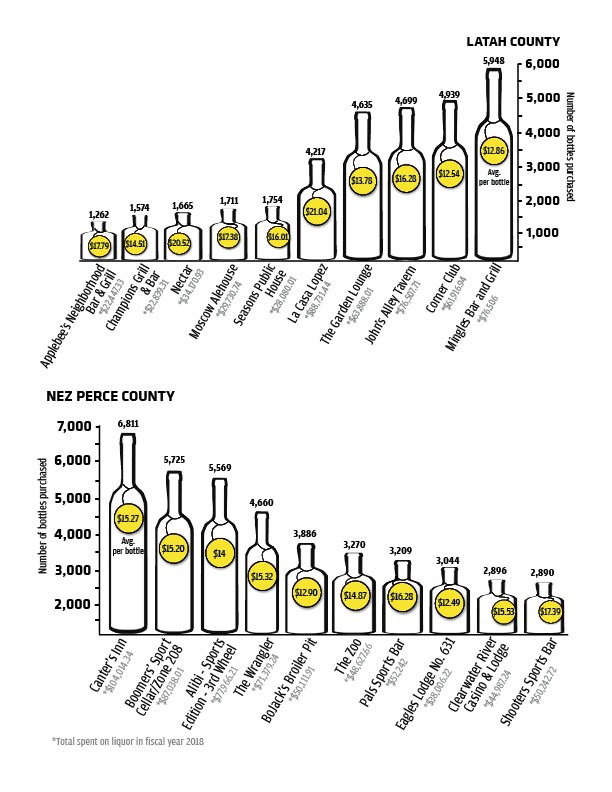