A Look Back at the Tabletop Games of 2019

In the world of tabletop gaming, 2019 was an incredible year. Dozens of excellent board and card games were released, and while there is no way to review them all, here are a few highlights in gaming from the last year. Whether you want to go bird-watching, slay a band of brutal orcs or tour across America, 2019 offered some original games that promise a ton of fun.

Early in 2019, Stonemaier Games released one of the most attractive games ever created, a card-driven bird game called Wingspan (1-5 players, age 10+). Designed by Elizabeth Hargrave, in Wingspan players are bird watchers and avian researchers engaged in a competitive struggle to attract the most interesting birds to their personal nature habitat. This is done by rolling dice to gather food to attract certain birds, having your birds lay miniature eggs, and playing with cards featuring beautifully illustrated birds.

While Wingspan is a strategic game that offers players a challenging hour of enjoyable play, it stands out because of its elegant production. The components of the game are eye-catchingly beautiful. They include pastel-colored eggs, a wooden dice tower, custom wooden dice and more than 150 one-of-a-kind cards. Wingspan is great as a game and a work of art. 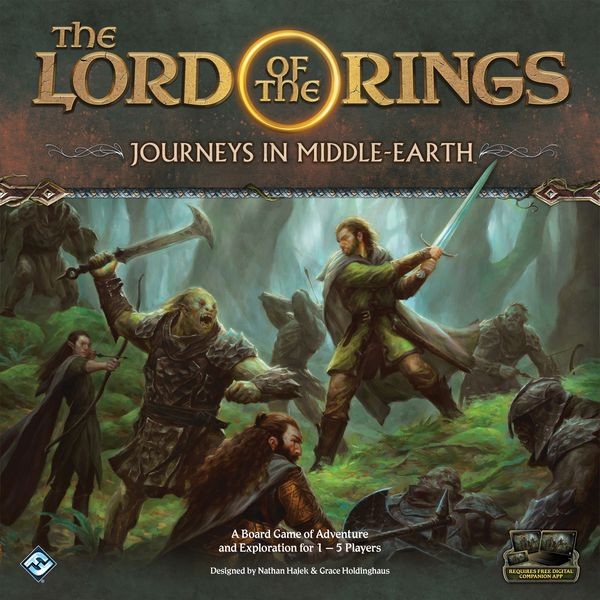 Traditionally, fantasy adventure games have allowed most of the players gathered around the table to work together against the forces of evil. Unfortunately, in most games of this type one player must be excluded from the group in order to control the enemies. There are certain personalities who are happy to take on this “one versus many” role, but sometimes working in an adversarial capacity can make a player feel excluded or isolated.

This problem has been solved in The Lord of the Rings: Journeys in Middle-earth (1-5 players, age 14+) with the use of a free app for your phone or tablet. In this game, each player takes on the role of a hero, and the app controls the behavior of the enemies. Players will battle foes, make daring choices, explore dangerous areas, and enter the results of their actions into the app. The program will then instruct players on how to handle the villainous creatures that populate the game board and reveal new mysteries for players to investigate.

Finally, all players can work together without anyone needing to sit out on the fun. Journeys in Middle-earth comes with a number of adventures in the base game and future expansions promised in years to come. 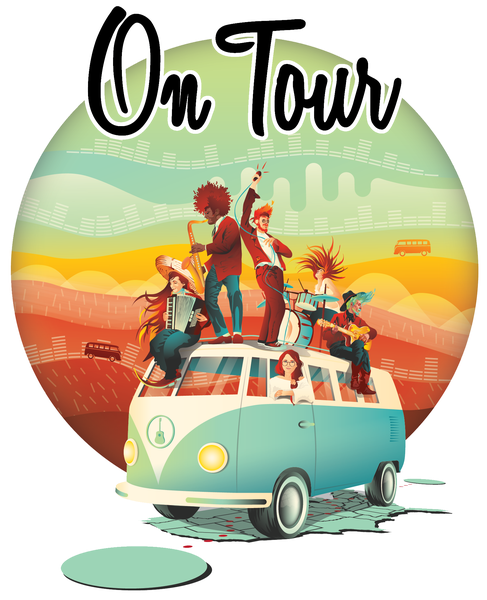 In the roll-and-write game On Tour (1-4 players, age 7+), your rock band is planning a route across the United States that will allow it to play as many music venues as possible. On each turn, two 10-sided dice are rolled, creating numbers between one and 100. For example, a nine on the first die and two on the other create both a 29 and a 92. All players write these numbers in two states on their dry-erase map of the U.S. Easy enough, except cards turned up in the center of the table force a few restrictions on where players can write the numbers. At the end of the game, players draw a route through adjacent states, starting at a low number and moving up through ever ascending numbers. A point is gained for each state visited. A game of On Tour takes less than 30 minutes, and variable game set-up makes each play different.