Christmas is only a month away, which means it is time to start buying gifts for family and friends. Perhaps the best gift of all is the opportunity to spend time together, and what better way to do that than gathering to play a few tabletop games? Here is a list of some board and card games that are quite affordable and pack a ton of fun in a small box. Each of the following games would make fantastic stocking stuffers.

Easy to learn and quick to play, Sushi Go! (2-5 players, age 8+) is a card game where players attempt to gather the best sushi bites for their dinner platter. There are no turns in Sushi Go! as play is simultaneous. Each player starts with a hand of cards, picks one, then passes their hand to the next player. This process is repeated until all the cards have been taken. There are a number of ways to score points, including gathering the most sushi rolls or a full set of sashimi. Whoever does the best job of collecting a tantalizing plate of sushi wins. Sushi Go! is a delightful game that is surprisingly affordable and sure to become a tradition for any family gathering. One quick note: for a few dollars more you can purchase my preferred version of this game, Sushi Go Party! (2-8 players, age 8+), which adds all sorts of expanded menu items for greater variety and more players. 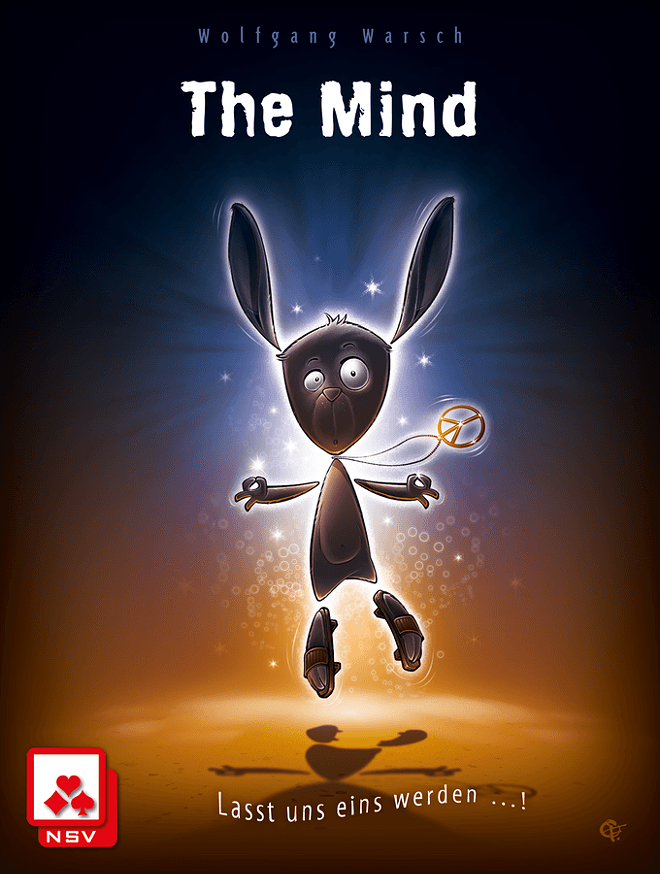 Because the holidays are a great time for family and friends to unite, The Mind (2-4 players, age 8+) is a wonderful cooperative card game that everyone can win together. In this game, a deck of cards numbered from 1 to 100 are shuffled, and then a few cards are dealt to each player. Because no communication of any sort is allowed, players must use telepathy to play their cards into the middle of the table in ascending order. At first, players will struggle to know when they should play their cards and may fail the first few games. But after a few plays, the people at the table will start to read each other’s minds. Of course, this game is silly fun, and players will find themselves laughing as they try to figure out when they should play their cards. One quick note: Although The Mind is intended for two to four players, I have successfully played with as many as 10, so don’t be afraid to invite everyone in the house to join your game.

If your family prefers competition to cooperation, then Bang: The Dice Game (2-8 players, age 8+) might be a better choice for your household. This wild West elimination dice game groups players into different secret factions. The sheriff and her deputies are trying to eliminate the outlaws, and the outlaws are trying to bring down the sheriff -- but only the sheriff’s identity is revealed at the start of the game. All the other players will try to convince the sheriff they are on her side until the outlaws finally decide to reveal themselves in an all-out attack on the law. On each turn, players will roll dice and score bullets and dynamite, which are used to attack other players to eliminate the opposition. As players are gunned down, they will reveal whose team they were really on. The game ends when the sheriff clears the town of outlaws or those grimy desperados bring the sheriff down.

Finally, if your family wants to introduce a new game into your home that is sure to become a tradition, consider Ticket to Ride: New York (2-4 players, age 8+). Although the game box is a little too big to fit into a stocking, the price of this board game is low enough that it fits on this list. Ticket to Ride: New York is a variation of the classic board game Ticket to Ride, but unlike the original game that takes an hour to play, this version can be played in 15 minutes. Gameplay is the same. On a player’s turn, he or she will either draw train cards or play train cards to secure connections on the board. When a player has placed most of their trains, the game ends, and the player with the most points wins. One quick note: Ticket to Ride: New York is a great first step into the Ticket to Ride game-playing universe, which includes dozens of maps and expansions. So if your family and friends enjoy the short version, consider trying out the bigger game box, which would fit perfectly under your Christmas tree.

There are literally hundreds of incredible little games that would make great stocking stuffers. These are just a few of my current favorites for gathering my family for laughs and thrills during the holiday season.

Sylvester is an associate professor in the creative writing program at Lewis-Clark State College. He is the co-author of “Legends of the Lost Causes” series, a rip-roaring adventure set in the fantasy West, available now. You can send him your questions about tabletop games at lnsylvester@lcsc.edu.