Tribune/Barry Kough
Hundreds of people will tour the former St. Ignatius Hospital at Colfax this month in search of ghosts.

COLFAX — Forsaken on a hill above Colfax, the empty-eyed windows of St. Ignatius Hospital have looked out over the Palouse since 1893.

Inside are the ingredients of nightmares — five creaking floors of dark hallways and empty stairwells, a morgue and rooms stuffed with the detritus of the past — abandoned wheelchairs, hospital gowns and old photographs. Plaster falls from the walls. It’s the perfect setting for a horror movie or a haunted house tour, which turned out to be a lucrative idea for the city of Colfax.

With a developer working to turn the property into luxury apartments, the Colfax Chamber of Commerce planned a series of Haunted Hospital tours in October thinking it would be a fun opportunity for residents to see the building before it changed forever.

The executive director shared the tours on her personal Facebook page and they sold out within eight hours. Other tours added sold as quickly as they appeared. Tours were limited to 20 people because of the state of the building. The longest tour, a three hour exploration of all five floors, cost $45. 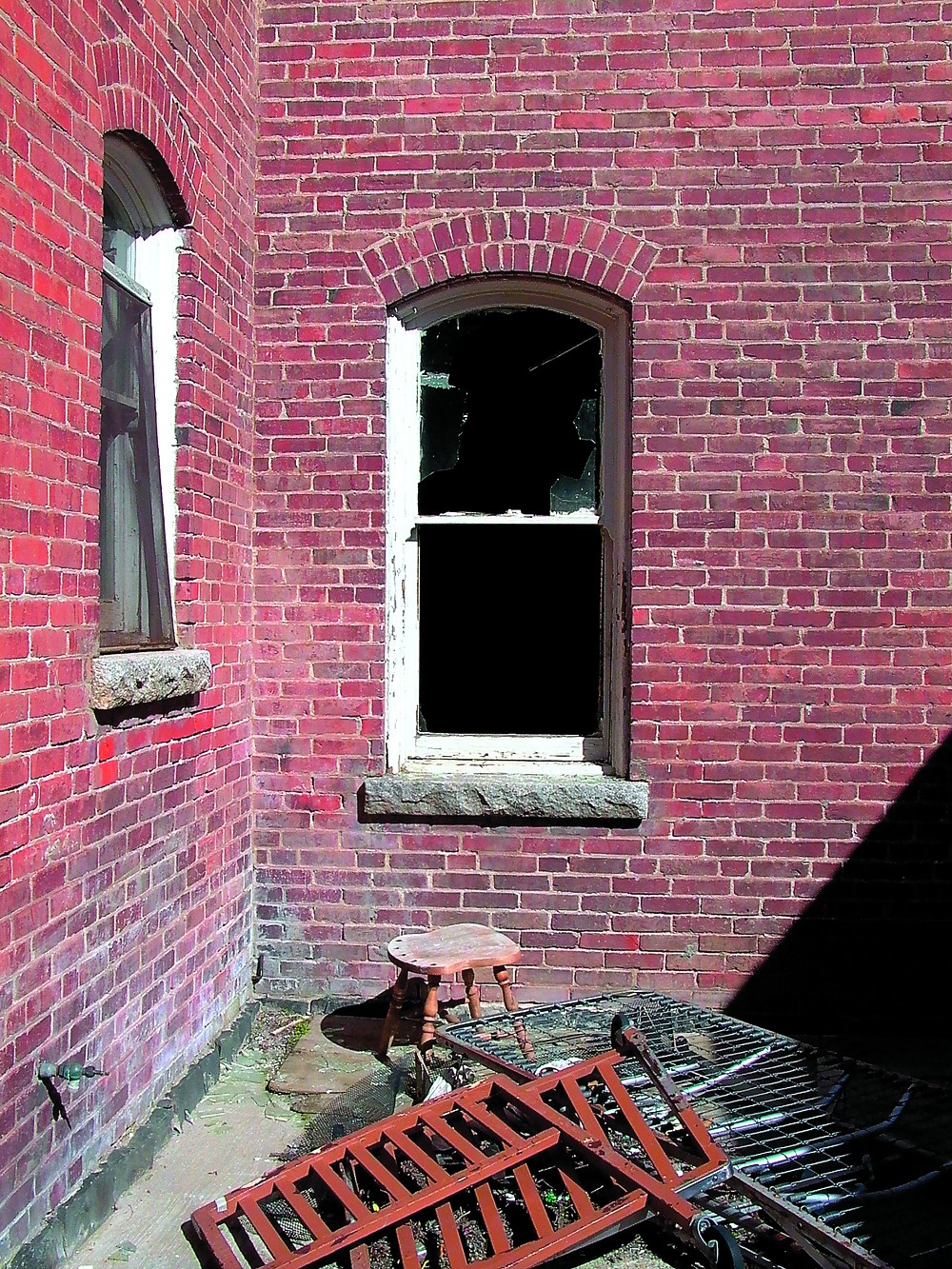 Tribune/Barry Kough
The former St. Ignatius Hospital at Colfax will be haunted on Oct. 21-30 ...

“We were shocked at how much money we made,” said Valoree Gregory, the unified executive director for the Colfax chamber, downtown association, arts council and historic preservation commission.

More than 800 people are expected over nine days for the tours, she said. Only 60 of them are from Colfax. Groups are coming from Oregon, Louisiana and Florida. The chamber donated two tour tickets to last weekend’s Whitman County Library auction. They sold for $1,800, Gregory said.

“Ghosts are that popular, apparently,” said Gregory, whose experiences in the building led her to believe that it is very possible it’s haunted.

St. Ignatius served as the town hospital until 1968 when it became St. Ignatius Manor, a care facility for developmentally disabled children and adults. That closed in 2003 and for more than a decade it’s stood empty.

One of the scariest moments she ever had happened when she took a group of teens on a night tour of the hospital during homecoming.

They were on the fourth floor when they heard the sound of someone running toward them from the floor below. Thinking some kids broke in they searched the building but it was empty.

Many of those signed up for the three-hour tours are paranormal investigators who bring special equipment like EMF meters, scientific instruments for measuring electromagnetic fields; full spectrum cameras; and so-called spirit or ghost boxes, which use radio frequencies to connect with spirits. On tours Gregory has seen investigators capture the sound of children giggling and pictures of things in the corners.

A Spokane paranormal group brought a psychic with them who related information about how people died in certain rooms. Gregory has the original death records going back to 1893 and was able to confirm things the psychic said. In one instance the psychic stopped at a room, turned and smiled at Gregory, went in and came back and said, “You were born in that room.”

“I was born in that room,” Gregory said. “There’s no way anybody would have known that.”

People taking the tour will get a St. Ignatius hospital gown to wear and take home as a souvenir. Organizers found 600 gowns in the building that had never been worn. There will also be people staffing a lit panic room for those who cannot go on. Tour guides have practiced taking random people through the building to gauge their reactions. It’s proven too scary for some.

“We didn’t realize people were going to be freaked out that badly,” Gregory said.

As of Monday, 55 people were on a waiting list in case there were any cancellations. Plans for the hospital’s renovation are underway so the tours will not happen again, Gregory said.

With the popularity of the hospital tours, from 5-8 p.m. next Thursday and Oct. 30 Colfax will open the upper floors of many of its downtown buildings for free tours. Ghost stories also abound there, Gregory said.