Gallows humor: 'The 39 Steps' has many adaptations, including the latest by RTOP 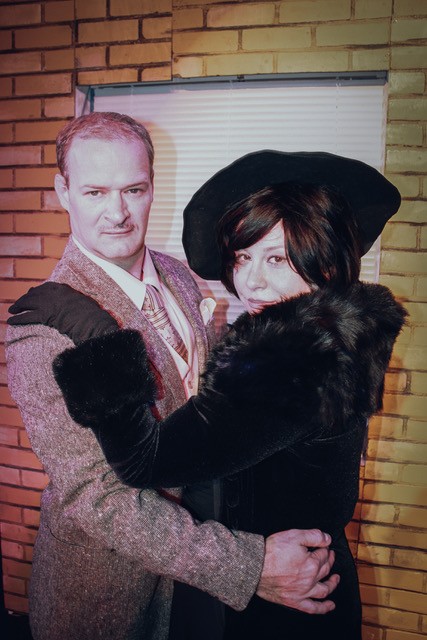 RTOP
“The 39 Steps” is a comedic twist on the Alfred Hitchcock classic directed by Taylor Deline at the Regional Theatre of the Palouse where four actors will play 150 characters in Monty Python fashion.

While most associate Alfred Hitchcock with thrillers and horror films, the man himself enjoyed dry humor and practical jokes on set.

For example, if he learned someone had a phobia of spiders he would send them a box of the critters. When Hitchcock received the Irving Thalberg Memorial Award at the 1967 Academy Awards, he gave shortest acceptance speech in Academy Award history. He simply went to the podium and said, “Thank you,” and walked off stage.

Hitchcock claimed that every film he made was indeed a comedy. That is being taken to a whole new level in the Regional Theatre of the Palouse production of “The 39 Steps,” a parody of  Hitchcock’s classic film. The story, set in the 1930s, follows hero Richard Hannay who meets an interesting woman claiming to be a spy. He takes the woman home, and the next morning he finds she has been murdered. Four actors will play more than 150 characters in this 100-minute-long, madcap mystery. 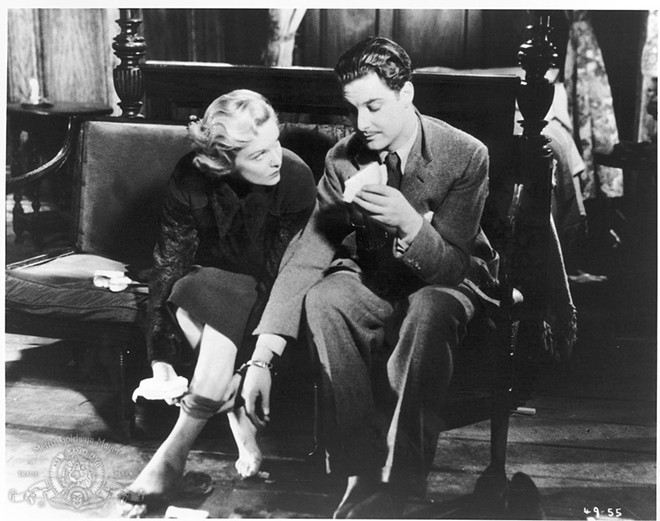 Stars Robert Donat and Madeleine Carroll are handcuffed together for many scenes like this one in Alfred Hitchcock’s “The 39 Steps.”

Hitchcock’s 1935 film is loosely adapted from the novel, “The Thirty-Nine Steps,” by John Buchanan. The movie diverges from the book. During a screening Hitchcock asked Buchanan what he thought so far and Buchanan replied, “Fascinating, I wonder how it will end.”

The plot features an innocent man wrongly accused of a crime, a common theme in Hitchcock films. While filming, Hitchcock strived for realism. In a scene where actors Robert Donat and Madeleine Carroll were handcuffed together, Hitchcock pretended to lose the key to get them in the right state of mind. This led to Carroll getting welts on her wrists from the handcuffs.

Hitchcock’s film was remade into a 1959 film directed by Ralph Thomas. Another film, 1978’s “The Thirty Nine Steps,” stays closer to the book. It featured Robert Powell as Richard Hannay and was followed by a spin-off TV series called “Hannay,” staring Powell. In 2008, the BBC made a TV adaptation of the novel. Of the various adaptations, Hitchcock’s 1935 version is available for streaming on Amazon Prime, Vudu and FilmStruck. The 1978 version can be purchased to stream on Amazon, and the 2008 BBC version can be purchased to stream on Vudu.

Quotes from the Master of Suspense

During the publicity campaign for “Psycho”

“It has been rumored that Psycho is so terrifying that it will scare some people speechless. Some of my men hopefully sent their wives to a screening. The women emerged badly shaken but still vigorously vocal.”

“You know, I've often wondered what the Audubon Society's attitude might be to this picture.”

On “North by Northwest”

“Our original title, you know, was ‘The Man in Lincoln's Nose.’ Couldn't use it, though. They also wouldn't let us shoot people on Mount Rushmore. Can't deface a national monument. And it's a pity, too, because I had a wonderful shot in mind of Cary Grant hiding in Lincoln's nose and having a sneezing fit.”

What: “The 39 Steps,” a spoof of Alfred Hitchcock’s classic film

Where: Regional Theatre of the Palouse, 122 N. Grand Ave., Pullman