How in the Frosted Mini-Wheats did it come to this?

I love many kinds of cereal and I have many favorites. So when we decided to do a Cereal Smackdown I thought it would be fun. I didn’t really care who won because there are so many good candidates out there.

But I was wrong. How in all that is cereal goodness could Frosted Mini-Wheats make it to the finals?

Don’t get me wrong, I have enjoyed many boxes of Frosted Mini-Wheats but it is not the best cereal in existence, not by a long shot. There is a very small gap when the cereal is too crunchy then it instantly gets too soggy.  If you eat the wrong side of the Frosted Mini-Wheat you just get Shredded Wheat.

I could not believe that people like Frosted Mini-Wheats more than Cheerios or Frosted Flakes. America’s top selling cereals are Honey Nut Cheerios, followed by Frosted Flakes, Honey Bunches of Oats, Cheerios and Cinnamon Toast Crunch, according to data released this year from Information Resources Inc., a marketing firm in Chicago. Frosted Mini-Wheats comes in seventh, which means it should have received less love and gone down in the Elite 8 round, and yet here we are.

How exactly did we get here? There had to be an explanation hidden in the bowls of cereal conspiracy. Here are some theories:

Frosted Mini-Wheats beat out corn- and oat-based cereals like Frosted Flakes and Honey Nut Cheerios, which indicates an anti-corn and anti-oat conspiracy. The gluten-free craze has swept over the U.S. and, in an effort to boost the wheat market, the Wheat Revolutionists have rallied together to increase the popularity of Frosted Mini-Wheats.

Yet another conspiracy is the classic “It’s the Russians.” Americans love their breakfast cereals and Russians aren’t as cereal-friendly. I’m sure Russian hackers would enjoy meddling in an American newspaper’s American cereal contest voted on by Americans just to cause outrage.

Or maybe the Russians were hired by Kellogg’s to improve their voting and cast a cloud over General Mills, Post and other brands. Or maybe it was Kellogg’s own people. However, this doesn’t explain why Frosted Mini-Wheats made it to the finals over other favorites such as Frosted Flakes or Special K.

A more bizarre theory — but nonetheless compelling — is the smoke that plagued the region during much of the voting. Could it have dulled our tastes? Our senses? Or worse yet, contained mind-controlling chemicals that forced us to vote for Frosted Mini-Wheats?

While all of these theories hold water to some degree, combining them all together to create one overarching theory makes the most sense.  To counter the gluten-free craze, Wheat Revolutionists hired the Russians and infiltrated Kellogg’s and sent mind-controlling smoke down to the Inland Northwest to ensure that Frosted Mini-Wheats would win 360’s Cereal Smackdown.

It sounds crazy but what other explanation is there?

I mean Frosted Mini-Wheats? Come on guys. We can do better. We deserve better. 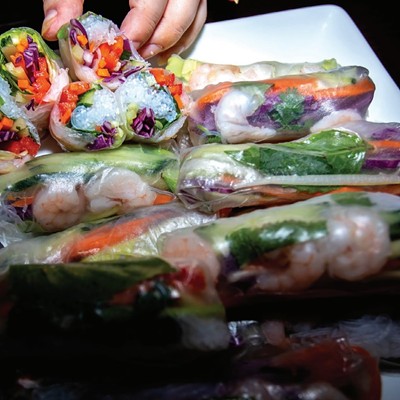