It’s Jumping Bean Season: More active than a rock but requiring less care than an animal, here’s the story behind the mystical Mexican jumping bean. 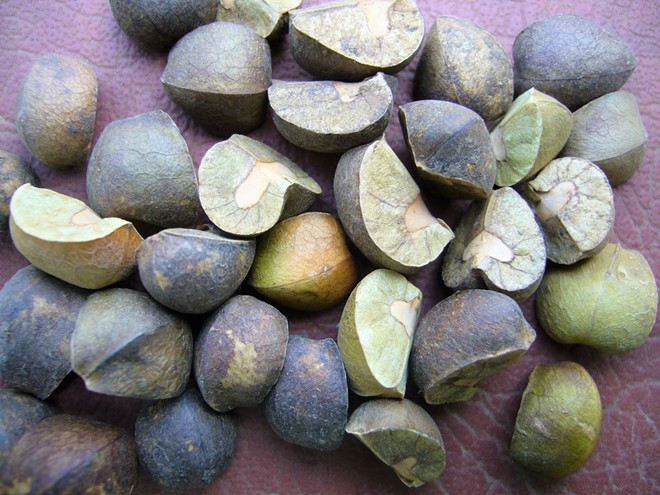 Just like the peanut is not really a nut and the pineapple is not an apple, not all ‘beans’ are beans. Perhaps the most remarkable of all the beans-that-are-not-really-beans are Mexican jumping beans which are actually seeds from a deciduous desert-loving shrub (Sebastiana pavoniana) that only grow in some Mexican states (e.g. Sonora and Chihuahua).

Each spring, female moths (Laspeyresia saltitans) deposit their eggs in the shrub’s flowers. Soon, tiny insect larvae hatch from the eggs and burrow into the young flower capsules. There they chomp away inside the developing seed, leaving the undamaged seed wall as their protective fortress.

Once the invader has carved out a comfortable living space, it begins to construct a web along the inner wall of the seed.

Before long, each ‘bean’ comes to life as the plucky little yellowish-white larva throws itself violently against the walls of its chamber, producing the erratic movements that are characteristic of the jumping bean. 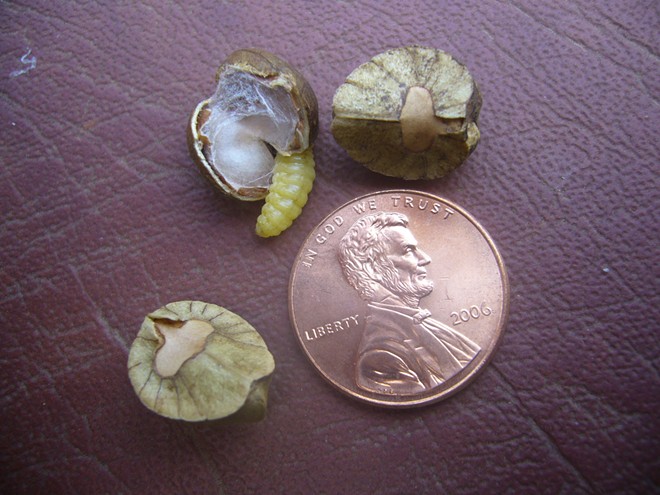 If you have never seen jumping beans, the good news is you don’t have to risk life and limb traveling to Mexico and fight the jumping bean-collecting gang lords to gather your own. Fortunately, it’s jumping bean season again and they can be acquired from several Internet sources.

One is Mark Harzdorf who has been importing and selling jumping beans since 2007.

Usually available every year in July, Harzdorf says no beans were harvested in the past two years due to poor weather conditions.

“If the monsoonal rains don’t occur in the spring, the flowers of the host shrubs do not bloom and hence, no seeds,” he explained. “If it rains too much after the jumping beans have fallen to the ground, they will wash away before they can be collected.”

Despite being foreign plant material, jumping beans are not considered harmful imports into the United States, says Harzdorf, provided no other insects contaminate the collected beans.

“I go through the jumping beans by hand with a small cup, literally, to ensure there are no hitchhikers!” said Harzdorf, who sells the jumping beans in various quantities started from under $9 for 25 beans in small transparent plastic boxes.

As pets go, jumping beans aren’t exactly affectionate or trainable, but they won’t soil the carpet or require feeding. And no expensive vet bills, either. They may, however, demand your attention as the brownish-colored, rock-like objects convulse at random intervals producing an erratic clicking sound in their plastic prisons.

While jumping beans can be enjoyed by all ages, today’s tech-savvy kids unfamiliar with these little marvels of nature may at first suspect some strange electronic contrivance is behind the beans’ movements.

They are usually surprised to learn that not only are they witnessing nature at its most mysterious, but that a little fun can still be had even without battery-operated devices.

Thomas teaches at Auburn University at Montgomery, Ala., and has written features, columns, and interviews for over 750 magazines and newspapers.