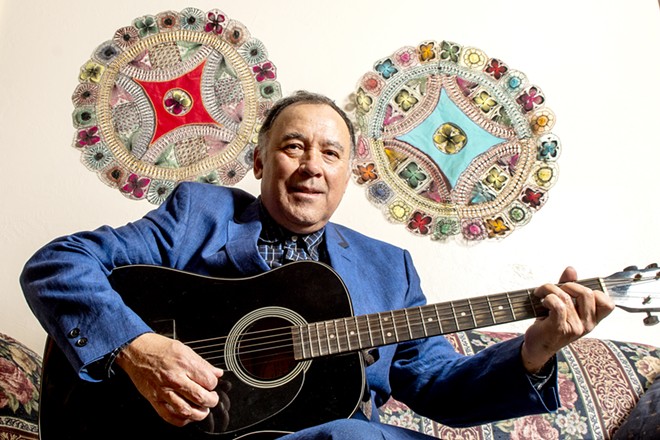 Edgar Galeano has written and recorded more than 400 songs spanning many genres of music, but earlier this year he was able to add another accolade to his resume when one of the songs he wrote was included on an album that received a Latin Grammy nomination.

It’s a goal Galeano has been striving toward for years, but it came with a bittersweet result.

Because of the coronavirus pandemic, Galeano wasn’t able to attend the ceremony, which happened last week. He instead watched it from his home in Lewiston.

“Last year, I told my son if he wanted to go to the Grammys this year, I’d take him. I had two tickets, but then the pandemic came and everything changed,” Galeano said.

The song he wrote, titled “Pájaro Choguy,” or “Bluebird,” was included on the music group Tierra Adentro’s album called “Aguije.”

Galeano originally wrote the song decades ago, but at the request of the popular five-man South American folkloric band, he inverted and rearranged it so it can be sung in Guarani, which is his native language. 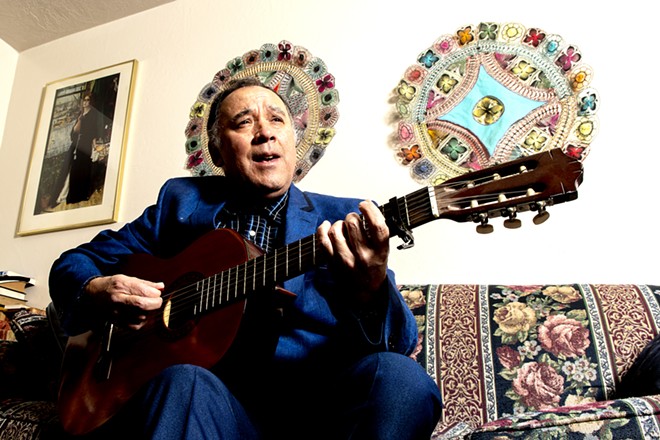 Galeano, who works as an enrollment specialist in the College Assistant Migrant Program at Lewis-Clark State College, was at first surprised by the request. He said the pandemic took its toll on him, so he decided he wasn’t going to submit any songs for Grammy consideration this year.

“I decided to take a break, and suddenly this group from South America, from Paraguay, my country, said, ‘We would like to record this song you wrote years ago, and we’d like to sing it in our own style if you allow us’,” Galeano said. “They told me they would like to do a fusion of an Andean style from the Andes (Mountain region) and a mix of symphony style.”

So Galeano redid the song, which is based on a Paraguayan legend, or tale, of a boy who falls out of a tree and dies in his mother’s arms, later transforming into a bluebird.

And while the album didn’t snag the Latin Grammy’s Folk Album of the Year, Galeano said he’s still proud of his accomplishments.

“I’m a little sad because I’d like to win after all the hard work, but we made it to the best five in our genre out of 18,000 musicians in Latin American and the U.S.,” Galeano said. “I’ve heard from other Grammy winners that they are listening to our song and music all over the world now.”

Galeano’s passion for music started when he was about 7 years old. He remembers listening to his grandfather play the guitar in his small town along the Paraguay River.

“He used to teach me and showed me the notes and chords,” Galeano said. “I trained my ear, I play by ear and I write music by ear. I didn’t know how to read sheet music until I came to a big city at 15 years old with my parents.”

Since he started writing and composing music, his creations have been played 32 million times on YouTube alone. That number goes even higher when you include other digital outlets like Pandora, where Galeano said his music receives 250,000 plays a month.

He’s currently working with other musicians around the world and hopes to again achieve a song that can hopefully win a Grammy.

The retired performer used to get on the stage regularly in South America, but stopped playing in the public eye about 10 years ago when he moved to Lewiston. He still enjoys playing his guitars at home and plans to continue writing and composing music for others for years to come.

“Music and poetry are a big part of my life,” Galeano said. “It’s my passion.”

New exhibit features artists who reunited on the Palouse