That’s what you’ll find at the Palouse Music Festival. The event consistently draws locals and regional visitors alike to the town’s only park, which is covered in shade trees and lined by the Palouse River.

What sort of music will you hear? A little bit of everything, presented by local and once-local musicians from the Palouse area, including:

Favorite part about the Palouse Music Festival: Getting to play a

Known for: My performance of "Mr. Toad" in the 1987 Garfield Palouse Middle School production of "The Wind in the Willows"

Bad habit: Saying "Jeepers" instead of four letter words when NOT around

Hail from: Moscow and Pullman

Favorite part about the Palouse Music Festival: The venue with its beautiful shade trees

Worst decision: Including “Delta Dawn” in our playlist. Now it gets requested, and we aren’t sure we really want to cover it anymore.

Favorite ice cream flavor: Hands down, it would be Umpqua chocolate peanut butter

Hail from: One of us lives in Elberton, along the Palouse river. The other lives in Bellingham, Wash. So, if you took an average, we’re probably based in Thorp.

Palouse Music Festival tip: Hang out in the city swimming pool in the afternoon while still listening to the music.

Known for: John builds musical instruments, tunes pianos and serves as the unelected ‘mayor’ of Elberton, which is a ghost town; Robin works at a food co-op, repairs accordions and drives his twins around.

Worst decision: A couple gigs ago, we thought it would be a great idea to try a waltz we didn’t know on the clarinet and piano accordion. We won’t do that this time.

Shiloh and the Young Guns

Hail from: Troy, Colfax and Oaksdale

Palouse Music Festival history: The band has performed at the festival since it began, has only missed two festivals in the years since; Shiloh’s father was the first MC

Day job: Making music and being a mom of two kids

Favorite item from the grill: Barbecued meat, especially any kind of meat on a stick

Musician you’d like to meet: Dolly Parton, inspiration and role model since the age of 8

Last performance venue: Rendezvous in the Park and Kendrick Memorial Pool Fundraiser, two weeks after the birth of her second child

Favorite part about the Palouse Music Festival: Everyone who plays the festival is from the Palouse region, or used to be.

Worst decision: Jessie Twigg-Harris: Selling my first VW van. Tiana Gregg-Holmes, who had this same response to the rest of the questions: Wine.

Most known for: Courtney is known for her cowboy boots; that’s why she is called Boots.

Heather and the SoulMotions Plays at: 7 p.m.

Favorite thing about the Palouse Music Festival: Sharing the ticket with awesome musicians

Worst Decision: Niccoli: Buying a "rare" chrome microphone stand on e-bay that turned out to be a common plumbing part.

Band you’d like to meet: Greenfield: Dr Teeth and Electric Mayhem from “Muppets”

OF NOTE: Craft and food vendors will be on site, along with a beer garden sponsored by the Palouse Community Center 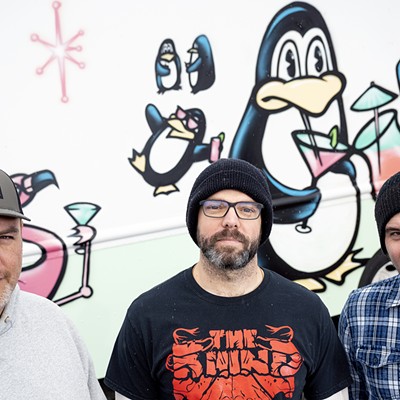