Making a point with viral clips 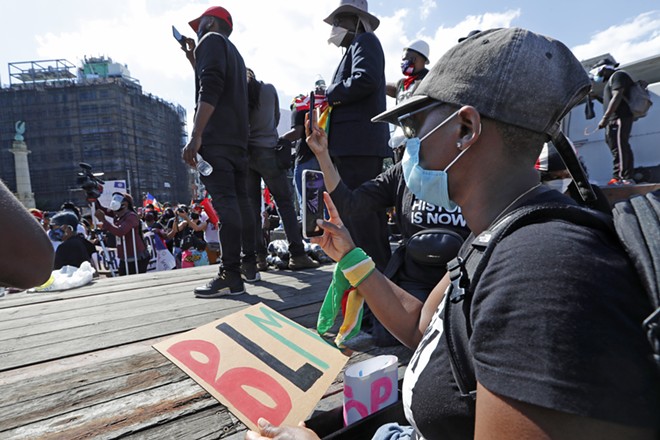 NEW YORK — Hundreds of protesters marched up Manhattan’s Fifth Avenue, their signs and chants demanding police reform captured from within their ranks by dozens of camera phones.

“This revolution won’t be televised!” shouted one protester. “It’s going to be streamed!”

Citizen footage has played a role in previous protest movements: Rodney King’s violent arrest in Los Angeles in 1991 was filmed by a man on his nearby balcony with a camcorder, and images posted to social media were crucial to the Arab Spring and Occupy Wall Street.

But the Black Lives Matter movement has been different. Bystander video sparked it, with cellphone-bearing citizens capturing the killings of Eric Garner, Alton Sterling, George Floyd and others.

While those high-profile clips showed the extremes of police brutality, the ubiquity of smart phones during nationwide protests in recent weeks has provided a window into protesters’ interactions with officers unimaginable to past generations of Americans.

Some of the weeks’ most jarring videos have been shot by traditional news media, like two Buffalo police officers shoving peace activist Martin Gugino. Many non-TV journalists have used the camera apps on their smart phones, too.

But for every encounter captured by reporters, dozens more have been uploaded to social media by protesters and onlookers themselves. Among the most notable: a Philadelphia police officer striking a Temple University student in the head and neck with a metal baton, and a New York City officer shoving a woman to the ground and cursing at her. Both officers are facing charges only after recordings filmed by citizens went viral. 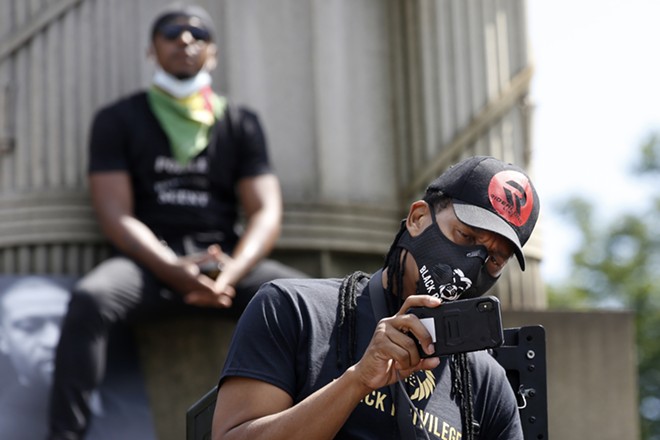 AP Photo/Kathy Willens
A man uses his cell phone to record speakers as another listens from the pedestal of a column during a Caribbean-led Black Lives Matter rally at Brooklyn's Grand Army Plaza, Sunday, June 14, 2020, in New York.

Camera phones are allowing protesters to tell their own stories, whether it be through photos or videos on Twitter, Facebook and Instagram, or via livestreaming apps like Periscope. Every demonstration in the world is being documented, from New York and London all the way to Holland, Ark., — population roughly 550. Documentary filmmakers have been out collecting footage, too.

Yet, what is resonating most now are videos that offer evidence of police aggression that’s helping to disprove police claims and show some Americans a side of law enforcement that Black communities have been complaining about for decades.

“The only way those folks are ever going to change their mind is to just be overwhelmed with so much evidence that they can’t really deny it anymore,” said criminal defense and First Amendment lawyer T. Greg Doucette.

That’s what Doucette hoped to convey when he began compiling footage of aggressive police behavior from the initial days of protests following Floyd’s death on May 25. Doucette’s Twitter thread now includes more than 500 videos from protests nationwide, and his direct messages are inundated with more recordings than he has time to vet. Mathematician Jason Miller has saved the video links in a Google spreadsheet, creating a sortable database cataloging police behavior in the face of a national movement condemning their efforts.
“OK, fine, you always tell me that it’s just one bad apple,” Doucette said of his thinking. “Well, here’s at least 10 bad apples. How do you explain that?”

Doucette estimated about 80 percent of the clips he published in the first few days came from non-journalists.

Art Acevedo, chief of Houston Police Department and president of the Major Cities Chiefs Association, said he’s seen videos from protests around the country, and some — including imagines of Gugino being shoved in Buffalo — have shown clear police misconduct.

He also believes many paint incomplete pictures of the interactions. His request: if a bystander is going to upload footage of alleged police misconduct to Twitter, they should send it directly to police departments for review, too.

“I think the video sometimes shows one part of the interaction and sometimes it’s complete, and sometimes it isn’t,” Acevedo said. “I think you have to look at it through the prism of objectivity, all of us, and make sure that it actually is comprehensive in terms of what we’re looking at.” 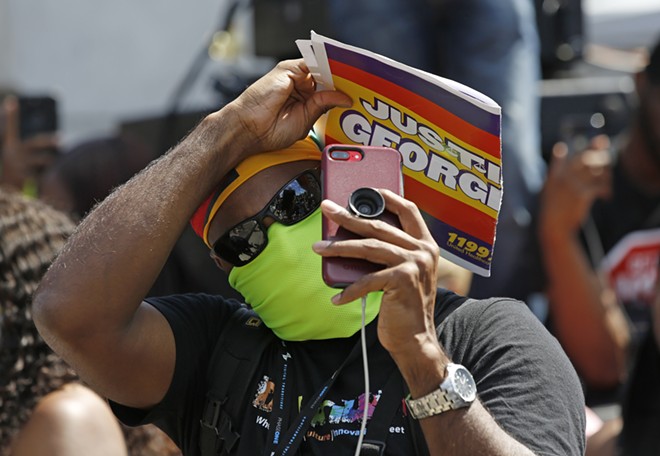 Acevedo acknowledges culture as an issue in policing, but he believes law enforcement is being held to a higher standard than other public-serving systems, like the courts and healthcare, in part because of all those camera phones.

“When we don’t do the right thing, more than ever, there’s a high likelihood that it will be exposed,” he added. “And it will be exposed and spread throughout the country at lightning speed.”
Crucial as it’s proven for accountability, there is still risk for citizens in filming police.

Courts have generally ruled that recording officers in public spaces is a right protected by the First Amendment, yet experts and activists say law enforcement has long targeted onlookers with cameras anyway, arresting them on other charges to shut down their recordings.

It happened in the 1960s during the Civil Rights Movement, when television crews and civilians had equipment destroyed by authorities.

Protest videos show similar actions from the past three weeks, with officers appearing to go after civilians with camera phones. In one video from Denver, an officer leaving a seemingly peaceful scene shot a pepper ball directly into the camera phone of an onlooker.

Several hundred protesters in Brooklyn last week were stunned when state Sen. Zellnor Myrie told them New York had no law protecting their ability to film police. That changed last Monday when the state legislature passed a bill guaranteeing that right.

Chris Dunn, legal director for the New York Civil Liberties Union, called the legislation an “affirmation” but was skeptical about its actual impact until there’s a change in law enforcement culture.

“We’ve brought many false arrest cases on behalf of people filming the police, and there’s never been any dispute they’re entitled to do it, but they ended up in handcuffs anyhow,” said Dunn.
Protesters are certainly aware of the power in their pockets.

In New York City, where bystander footage showed Garner dying in an officer’s chokehold in 2014, it’s been sometimes difficult to get sufficient cellular service amid protest groups because so many people are filming and uploading videos to social media. 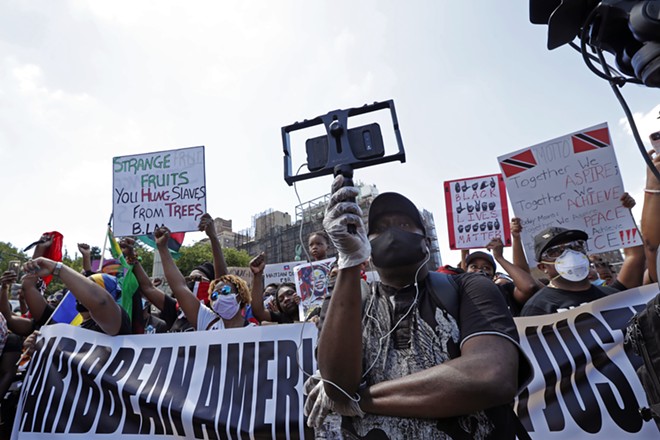