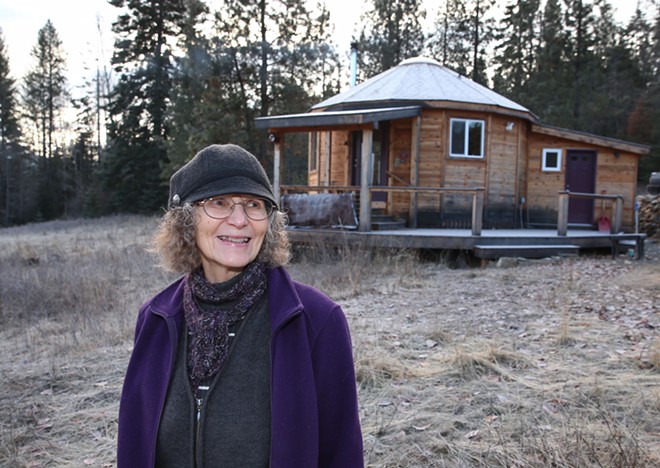 For more than 13 years, Jane Fritz interviewed a generation of Nez Perce elders. They told her origin stories, shared their perspectives and explained their traditions, offering her and public radio listeners entry to an ancient way of life.

Today, most of those elders have died, but their voices remain, stored on audiocassette tapes in Fritz’s woodshed. She’s working on a final project to carry their voices into the digital age for future generations.

“It was a time when there wasn’t a lot of attention being paid to who these people we were living amongst were,” Fritz, 69, recalled in a phone interview this month from her wood-panelled yurt in Sandpoint, where the organization is based.

Through the nonprofit, Fritz worked in partnership with tribes around the state to produce radio stories and other multimedia projects for the general public. While she began as a print journalist, she quickly realized she needed to become a radio producer to truly capture the authenticity of an oral culture, she said.

“The voices are alive; you’re hearing people,” she said. “They get in your head. To listen with headphones on is transcendence.”

She’d record an interview, use some excerpts for a project, then file the tapes away in a box. Of the 100 cassettes in Mythweaver’s archive, nearly half are interviews with Nez Perce elders. Most were recorded in the 1990s. No copies exist, and the tapes are fragile.

Recorded on some of the reels of plastic film are the voices of Richard “Rick” M. Ellenwood, Mari Waters and Allen Slickpoo, sharing stories of Celilo Falls. There’s Clifford Allen, walking on a trail in Yellowstone National Park, telling the legend of how the Nez Perce began to hunt. Horace Axtell speaks at Bear Paw Battlefield on the last day of the 125th year commemoration. Charles “Pete” Hayes explains how origin stories and legends inform the tribe’s ongoing legacy of conservation work.

Three years ago, the nonprofit’s board of directors tasked Fritz with digitizing the Nez Perce interviews for the tribe and the public. The group is seeking $5,175 for the final phase of the project called “Native Voices.” Once completed, digital copies and transcripts will be given to the tribe’s cultural resource department, the Idaho State Historical Society Archive in Boise, the Nez Perce National Historical Park at Spalding and the Northwest Museum of Arts & Culture in Spokane, she said.

The $64,200 total cost of the digitization project has been supported by private donations and grants from Idaho Forest Group and the Idaho Humanities Council, a state-based partner of the National Endowment for the Arts.

“I think it’s wonderful that the tribe could listen to the interviews,” said Jeanette Weaskus Matuska, a Nez Perce citizen and a humanities scholar who assisted Mythweaver with grants for the project. “A lot of the people that were recorded are passed on, so because they’re recorded, it gives all the young people a chance to listen to these elders who are gone now, and they get a chance to listen and learn from them. It’s more living than being words on a page.”

Since the interviews were originally recorded to be broadcast on the radio, their intended use also was for a public audience, said Weaskus, of Pullman.

Voice of the Nimiipuu Nation, KIYE 88.7 FM, may play some of the interviews on the air, depending on the quality of the digital files received, she said.

The project is scheduled to be completed in January. Fritz and an audio technician record each cassette digitally, then a transcript is generated by a computer. Fritz then reads and edits the transcript for mistakes made by the computer, which can have difficulty recognizing native voices and colloquial language.

People can donate to the project online at a Go Fund Me campaign called Native Voices: Preserve Recordings or by mailing checks made out to the Idaho Mythweaver to: Idaho Mythweaver, P.O. Box 2418, Sandpoint, ID 83864.