Rated: ?: How movie ratings evolved from an on-going battle between directors and censors

Very few things in film are more mysterious than the Motion Picture Association of America (MPAA).

The MPAA is the entity that decides movie ratings — not how good a movie is, but how good it is that children see the film.

The mystery is in the plethora of rules and regulations used to determine whether a movie receives a G, PG, PG-13, R or NC-17 rating. Debate over ratings occurs within the MPAA and even in theaters when audiences watch films and voice criticism if a film is judged too harshly or loosely.

However, there is a method — albeit a very intricate and complicated one — to the madness. Understanding the madness can help audiences use the MPAA method for deciding which movies children should watch.

In the beginning: The Hays Code

In the early days the MPAA (originally called the Motion Picture Production Code) was generally known as the Hays Code, named after its first president, Will Hays. It was originally established as a way for the film industry to censor itself to avoid being censored by the government. If you think the MPAA is strict, think again, the Hays Code was a pass/fail system. Either the film received a stamp of approval for all audiences or it didn’t. Here’s why the code was so strict, all films had to be G-rated. No violence, no “lustful” kissing, and no “suggestive” language or actions; if a film did contain such content it would be cut by the director or the censors would do it.

So, when you watch movies from 1940s and wonder why the death scenes are so bloodless and over-dramatic and why characters use euphemisms to talk about suggestive material, it’s not because they wanted to — although in some cases it makes for snappy dialogue — it’s because they had to.

As American society changed in the 1960s, so did film. Audiences were more receptive to less child-friendly material. Also, directors were constantly pushing the envelope of what was acceptable, sneaking things through, even blatantly breaking the rules to avoid compromising their art to appease some stuffed-shirt censor.

This culminated in 1966, when Michelangelo Antonioni released his film “Blow Up,” which contained nudity. The film did not receive the Production Code seal of approval but theaters showed it anyway, despite an agreement not to show any film without the code’s approval.

This was essentially the nail in the coffin for the Hays Code. If theaters would show films without the code’s OK, than the entire system could be bypassed and therefore was pointless and ineffective.

The birth of the rating system

In 1968, MPAA Chairman Jack Valenti knew he had to come up with another system or else films would be subject to government censorship. Instead of a simple “approve” or “disapprove” rating, he decided to create a system that would give warnings to parents about specific content in the film to help inform family decisions.

The MPAA rating system was born. Studios agreed to submit their film to the MPAA for review and the National Association of Theater Owners (now the Independent Film and Television Alliance) agreed to enforce the system by asking for identification for R-rated films and refusing admission to unaccompanied children. Later, retailers and video store owners agreed to similar sets of regulations.

The original rating system was G, M (now PG), R and X (now NC-17). It soon became apparent that there was too broad a gap between PG and R. This came to a head with the release of “Indiana Jones and the Temple of Doom,” which contains scenes that were deemed too tense for children. This led to the creation of PG-13. “The Flamingo Kid,” released in 1984, was the first film to receive the new PG-13 rating.

In 1990, rating descriptors were attached to film to explain why it received the rating it did. For example, a film will be given a PG-13 rating for mild language and violence.

Also in 1990, the X-rating became associated more with pornographic “adult films” than films with adult content, like the rating originally intended. Because the ratings weren’t trademarked, the MPAA couldn’t prevent its use for other types of ratings so they changed X to NC-17.

The MPAA board is not a bunch of film executives or studio heads. It is made up of parents who reflect America’s changing concerns over what kids watch. The rating system exists solely for the purpose of helping parents determine if a film is suitable for their kids — that’s not to say adults don’t find it useful.

Disclaimer: Other things to consider

There are no laws that say a film has to receive a rating, which means that some films are Not Rated (NR) or Unrated (UR). There are many reasons a film may have no rating. It could be an independent film that chose to bypass the MPAA.

Sometimes filmmakers don’t want their film rated because of its graphic content. Some of these films are re-released with an “uncut” version where scenes chopped to appease the MPAA or theaters are now included.

With the rise of streaming, many films to go straight to a streaming service without receiving a rating.

If a film doesn’t have a rating, it does not mean that the film is obscene and it doesn’t mean the film is G-rated. It just means that the MPAA has not seen it to give it a rating.

Also, keep in mind that if you like to watch old classics, films that earned a PG rating could be classified as PG-13 today, a rating that didn’t exist when they were released.  The website www.commonsensemedia.org is a great resource to search for age-appropriate reviews of movies, apps and games. 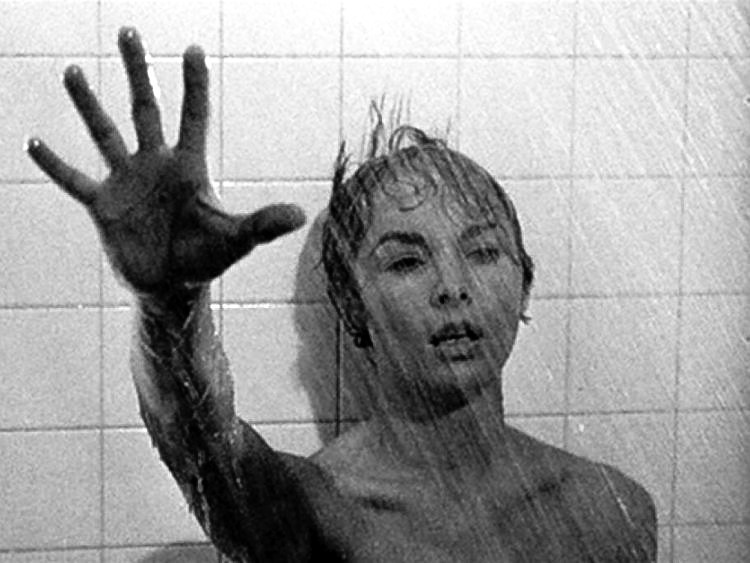 Films that Pushed the Censorship Envelope

“Gone With the Wind”

Censors didn’t like the depictions of war and the racist overtones but what really irked them was Rhett Butler’s final line: “Frankly my dear, I don’t give a damn.” Producer David O. Selznik fought for the line and it stayed in the film earning a new standard that cursing was OK, if it fit the character.

Howard Hughes came under fire for lingering on actress Jane Russell’s cleavage for much of “The Outlaw” and censors cried her body was “shockingly emphasized,” according to History.com Hughes had to cut a few seconds of footage and while the critics didn’t like the film, the surrounding controversy made it a box office success.

Billy Wilder got around the Hays Code by releasing this film to the press before he submitted it to the Hays office. The film contained crossdressing, references to homosexuality and loads of innuendo but it had gained widespread approval by critics so it received the seal of approval from the Hays Code. However, the Catholic Legion of Decency declared it “outright smut.”

Alfred Hitchcock danced around the violence and nudity in the famous shower scene in “Pyscho” by making the rough cut he submitted to the Hays office overly graphic. He then bargained down to the cut he had wanted all along.

In 1969, the X-rating was the rating deemed inappropriate for children and it wasn’t until later in the ’70s when it took on the connotation of being pornographic. It remains the only X-rated film to win the Oscar for Best Picture.

The MPAA board views a film and then, using their parental know-how, give the film a rating based on things like language, sex, violence and drug use.

G is the mildest rating and is suitable for all ages. There is no strong language, violence, sex or drugs. It does not, however, dictate that the film is solely a “children’s movie.”

PG: Parental Guidance Suggested. Some material may not be suitable for children.

These film may require parents who want to take young children to do brief background check on the content of the film. There may be some profanity, violence, sensuality and brief nudity, but not so intense as to require anything more than parental guidance. There is no drug use in a PG film.

PG-13: Parents strongly cautioned. Some material may be inappropriate for children under 13.

This is a sterner warning to parents to consider if a child younger than 13 should view the film. PG-13 is perhaps one of the hardest to rate, as the lines between what makes a film more than PG, but less than a R are a little murky. Things that warrant this rating include any drug use, more than brief nudity (but not sexual nudity), depictions of violence (but not realistic, extreme or persistent violence), and one use of the harsher, sexually-derived swear words (more than one use or one used in a sexual context deserves an R rating)

These are films the board has determined are obviously too adult for children. It does not necessarily mean the film is obscene but the language, drug, violence or sexual content is too strong for children.

While the MPAA rules the roost in film, other media, including comic books, video games and music, have similar content advisories for parents. Television has a rating system similar to the MPAA with advisories such as:

TV-Y (for all audiences, typically geared toward young children)

TV-MA (for mature audiences and might contain language, sexual activity and graphic violence)

More on the MPAA, including ratings of films: www.filmratings.com