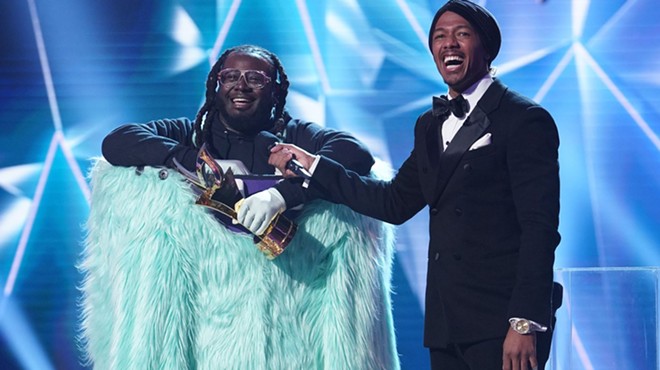 T-Pain is revealed as the winner on Fox singing competition "The Unmasked Singer."

Washington State University will celebrate the end of the semester Friday, April 19 with T-Pain at Springfest 2019.

T-Pain (age 35, real name Faheem Rasheed Najm), punctuated the aughts with R&B hits like "Buy U a Drank," "I'm Sprung," “Bartender,” "I'm 'n Luv (Wit a Stripper)" and many more, but the artist made recent headlines this spring when his identity was revealed as the first-ever winner of the Fox reality TV show, “The Masked Singer.”

T-Pain appeared as an adorable, furry blue cyclops in the show which pits celebrities dressed in identity-concealing costumes against each other in a singing competition. While T-Pain’s latest album, “1Up,” came out in February on the day he won the contest, he said he did the show for another reason: To prove to people he can sing without Auto-Tune.

Auto-Tune is a pitch-correcting technology but T-Pain has used it heavily to stylize his voice in robotesque, alien ways. Other musicians and even fans began criticizing his use of the device as a musical crutch, inspiring a 2014 New Yorker profile titled “The Sadness of T-Pain.”

T-Pain became emotional when his identity was revealed on national television when he was crowned the winner of the show.

“Just to hear all the compliments and to hear everybody praising so much, it was pretty cool to hear that," he said in an interview with Entertainment Tonight.

Concert goers can judge for themselves Friday at Beasley Coliseum.

Tickets available at ticketswest.com, (800)325-SEAT and the coliseum box office.