Slap these mosquito myths out of your conversations 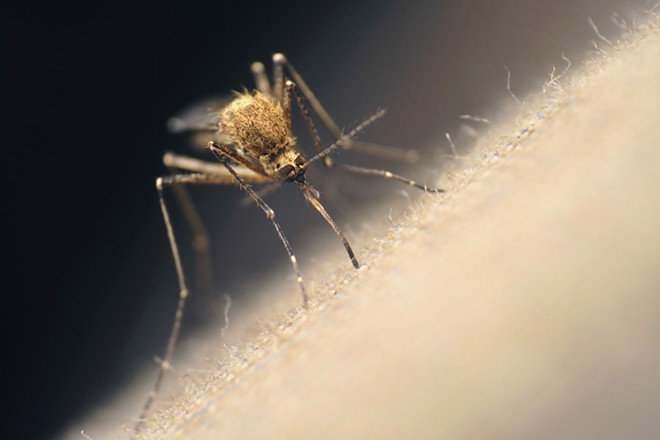 Few insects attract the lofty lore that mosquitoes do.

Whether we are trying to avoid them or explain why one person gets more bites than another, myths about mosquitoes buzz around conversations during the summer months when we’re most likely to encounter these flying foes. We checked in with Shirley Luckhart, professor of entomology at the University of Idaho, to find out what’s real -- and what’s not:

It’s carbon dioxide, not your fashion choices, that initially attract mosquitoes. That said, people wearing lightly colored, loose fitting clothing may be less likely to be bitten by the types of mosquitoes that bite during the day, Luckhart said. The mosquitoes that bite at night, however, are less likely to use vision to find you -- so go ahead and don that purple sequined number you’ve been dying to wear all summer.

After the carbon dioxide has drawn a mosquito closer to a person, body heat and chemicals emitted from the skin -- known as volatile organic compounds because they have a high vapor pressure at room temperature -- make one person a more attractive meal than another. Hotter body temperatures may emit higher levels of these compounds. Each individual has a unique scent “signature” or blend of compounds based on a variety of factors -- including gender and diet. Mosquitoes respond differently to these compound combinations. “It’s all about the context of what they’re detecting from you,” said Luckhart.

MYTH: Eating bananas will make you more attractive to mosquitoes and eating garlic will repel mosquitos.

There isn’t any one food that has been consistently identified as either attracting or repelling mosquitos. Food that increases the surface temperature of your skin will likely make you more attractive to a mosquito; which foods do that will vary from person to person, Luckhart said. Alcohol, for example, tends to cause increased blood flow to surface areas, which releases more volatile compounds from your skin. So, consuming alcohol tends to attract mosquitoes in many people, but this isn’t true for everyone. Likewise, eating garlic or onions may repel mosquitoes for some and attract them to others. “It’s hard to pin down specific foods, because we all process foods differently,” Luckhart said.

MYTH: If a little repellent works, a lot of repellent will work even better.

If you’re using a product with a very high concentration of DEET, you probably aren’t reaping any benefit from it. A concentration of more than 30 percent DEET probably is unnecessary, Luckhart said. Reapplying regular strength repellent as needed works better than applying a high-concentration product. Natural compounds, including citronella oil and picaridin, are other repellants to consider. Wearing long pants and sleeves also minimizes bites.

Mosquitoes are an important food source for fish, birds and bats, Luckhart said. They can’t be removed from the ecosystem without significant impact on these populations. So, if you like fish and birds, you’d do well to make your peace with mosquitoes.

MYTH: We don’t have to worry about West Nile, Zika or other mosquito-borne illnesses in Idaho and Washington.

West Nile virus is everywhere, Luckhart said. When it first emerged in 1999, it spread quickly across the U.S. Since then, a high level of immunity in the affected population keeps infection rates low. When it first spread, Luckhart explained, thousands of birds died. Those that survived were immune and cannot catch or transmit the virus. So, while there are still cases of West Nile virus, it’s not as bad as it was. The same pattern holds true for the Zika virus. “These things disappear for a while, but we don’t know how long that will last,” Luckhart said. “At some point it will come back.” Mosquitoes can transmit a number of diseases, she said, but most healthy adults can fight these off without ever knowing they were infected. Children and older people would be more likely to feel effects of fighting mosquito-borne diseases.

MYTH: You can make a mosquito explode by flexing your muscle when it’s taking a blood meal.

Sorry, because of the way blood circulation is maintained during muscle flexion and extension, this just isn’t a likely scenario, Luckhart said. And while we’re on the subject of insect torture, you’re also not very likely to be able to pinch the skin where a mosquito is feeding in a way that will entrap its mouthparts and make it unable to release them. Oddly enough, this is not what mosquito scientists are focusing their studies on.