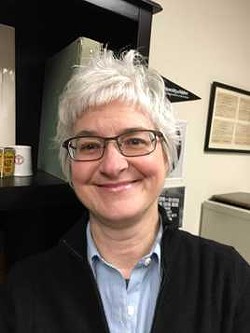 As if the red itchy bump of a mosquito bite weren’t irritating enough, it means more mosquitoes.

When a mosquito is buzzing around you, looking for a good place to take a bite, it’s not because you’re a convenient fast food option for a mid-day meal, explained Shirley Luckhart, a professor of entomology at the University of Idaho. They’re hungry, yes, but it’s more specific than that -- they’re hungry for protein, which is needed to lay their eggs.

That’s right. Only female mosquitoes take blood meals and only before laying eggs. The rest of the time they consume nectar or water -- like their male counterparts and other fine, upstanding members of the insect world.

Much of a mosquito’s life is lived in the water. Only as an adult does it leave, Luckhart said, and when it does, it has only two things on its mind: food and procreation. Some types of female mosquitoes have enough nutrient stores they can lay a first batch of eggs without a blood meal, but the rest have to get some protein before they can get the job done.

That’s where you come in.

If you’re a cooperative part of the process, the female mosquito will land on your skin and begin probing it to find a capillary from which to draw blood. She does this with a bundle of six sharp needle-like mouthparts that come together to form a single feeding tube.

Each time she probes the skin, she secrets saliva -- and not just because she has a tendency to backwash. The saliva has anaesthetic compounds that desensitize the skin to the bite, along with compounds that block immediate immune response, and it prevents blood from clotting.

The saliva also is to blame for the swollen, itchy bump you’ll feel later on. It’s a localized allergic histamine response. Different people have varying degrees of allergic reaction, which is why some people hardly notice a bite and others have bites that swell into something huge.

Once the mosquito hits a capillary, she’ll take a full meal unless she’s prevented from doing so. If a first bite doesn’t fill her up, she’ll go in for another and another until she’s had enough. Then she’ll lay her eggs on the water. After the eggs hatch, the larvae and pupae live in the water, emerging from it as adults as the cycle begins again.