The lighthearted shadow of ‘Friday the 13th’: The legacy of an ’80s box office gold mine lives on 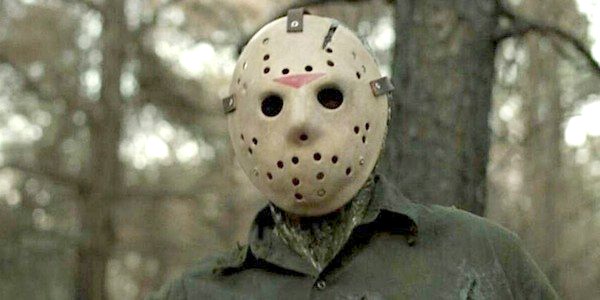 The 1980s slasher franchise, "Friday the 13th," features the fictional character Jason Voorhees, who made the hockey mask an icon of '80s horror.

The original “Friday the 13th” left me cold on first viewing, but seeing it on the big screen this summer, in a theater with the volume up a bit too loud while sitting next to a friend, made all the difference. These are films meant for a hangout session and not to be taken too seriously.

The appeal of “Friday the 13th” is steeped in nostalgia for many fans, and you’d be right to take a suspect approach to the series today. Even its worst entries have apologists who make the films sound like hidden gems when, frankly, they're not (I make no apologies to those who love Part V, the one with the ending that wasn’t even acknowledged at the start of the next installment).

The series is still worth a watch these days, even if it’s just for historical context about the ’80s and the genre, though there’s plenty to enjoy. The franchise’s appeal appeal is built on four main elements:

Not all films contain all four elements, but these are their main selling points. You are not coming to this series to follow a deep narrative and learn about yourself. You’re here for sex, death and a few laughs while hanging out with mostly carefree teens. The first third of any of the movies is hanging out with the cast. There’s generally little consequence in this section. You get some humor, some nudity; then the tension starts. Jason is nearby. There’s a kill or two, hopefully creative and hopefully good and bloody. At this point, we’re off to the races. Anybody is game. There will likely be a bit more nudity and maybe a few jokes, until all bets are off and the cast is winnowed down to the final girl. She will best Jason long enough for him to appear dead -- only to awaken or resurrect at the start of the next film. Rinse, repeat. It’s a comforting and enjoyable formula that saw the series through its first eight entries and kept it popular enough to warrant three films after that.

If you’re going to watch one entry, choose 1984’s “Friday the 13th: The Final Chapter,” casually referred to as Part IV, and, no, it’s not the death of Jason. This one features all four notable elements and has some of the best examples of any of them. The cast includes a young Corey Feldman and goofy Crispin Glover (Marty McFly’s dad in “Back to the Future”). The make-up and gore are by make-up effects legend Tom Savini, who also did the first installment. The humor naturally flows from a group of likable teens off to party in a rented house for the weekend, and the climax of the film is genuinely pretty scary. Genuine terror can surprisingly be a rare commodity in the series. And there are some boobs. If you want to know why the series has so many fans all these years later, this is the one to watch.

Clearly, if you’re the type that needs all the historical context and backstory, you should watch the first two, which is also a good place to start if you want to invest a little more time. Much lighter on the humor, these set up who Jason is and why he’s doing what he’s doing. Part II features the series’ smartest final girl and watching her deduce what’s going on and outwit Jason are among the series’ finest moments

For those who like a supernatural twist to their slashers, “Friday the 13th Part VII: The New Blood” (1988) feels as if they added a dash of Stephen King to the series, as the final girl is a young woman with telekinesis. The cast also is solid, and the final battle with the stalker many have dubbed “zombie Jason” is one of the best around. Great make-up on Jason in this one, as well.

Extra Credit: Fan film “Never Hike Alone” is some of the best filmmaking ever set to the “Friday the 13th” franchise. It’s viewable free on YouTube.