From L.A. to Idaho, tattoo artist Tommy Venegas’s story is one of heart, hard work and family 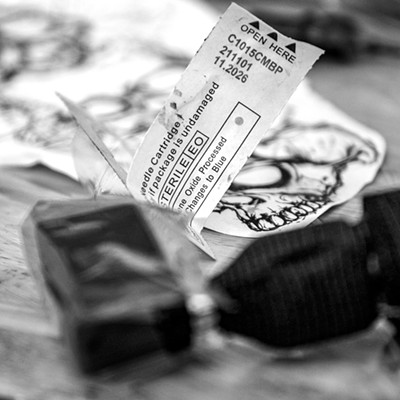 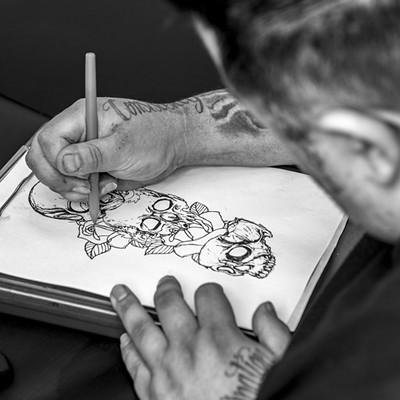 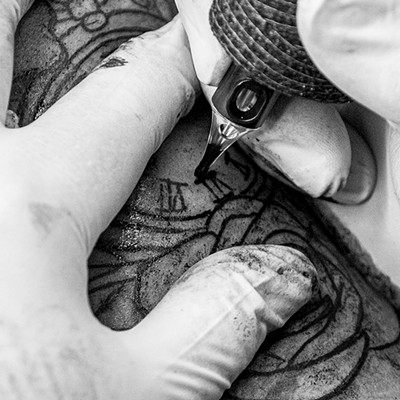 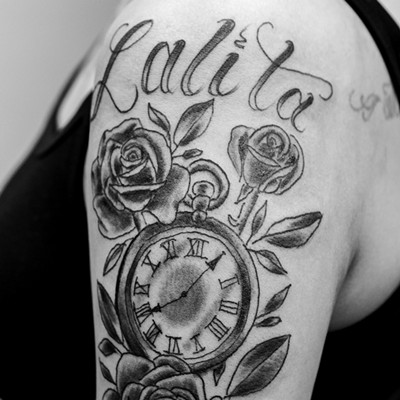 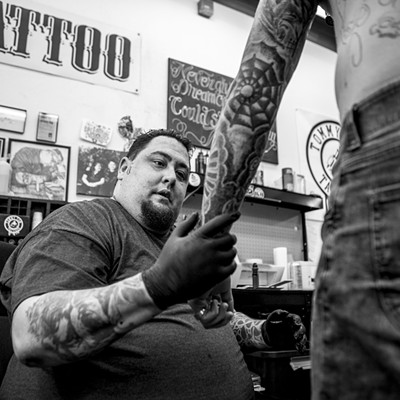 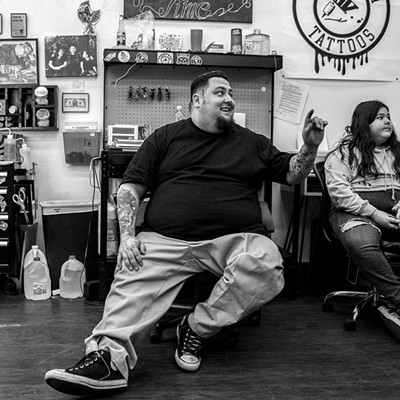 
Most businesses in downtown Lewiston are dark after 10 p.m., but the light in Walkin’s Tattoo Studio at 618 D St. remains on as the early hours approach.

There, you will often find Tommy Venegas, the 32-year-old tattoo artist and shop co-owner, hunched over a client with a tattoo gun in hand and the music turned up as he works late into the night.


Venegas was born in Torrance, Calif., just a 15-minute drive from Los Angeles. He started drawing when he was 6 years old, in the letters he wrote to his incarcerated father. The two would send drawings back and forth to each other through the mail.


“It was the No. 1 thing we would enjoy doing together,” Venegas said. “I could draw my own favorite things, create my own world.”


When Venegas turned 18, his father gave him the $30 he needed to buy his first tattoo gun. His father’s only request was to remember him when Venegas became a famous artist.


Venegas began tattooing in the little shop he made in the backyard of his mother’s home outside of L.A. and eventually took on an apprenticeship at his uncle’s tattoo shop. But his uncle closed the shop after a year because he was making more money doing tattoo expos.

Venegas struggled to find work in L.A.’s already heavily saturated tattoo scene. He ended up living in a shed in his mother’s backyard while his three daughters, Samarah, Savannah and Sophia, now ages 9, 10 and 14 respectively, lived inside the house. Venegas said it was horrible.


But things changed in August 2019 when he visited his brother in Lewiston. There, in his brother’s basement, Venegas proceeded to grind out his art for the entire month, making $5,000 from his neo-traditional, cartoon realism-style tattoos.


“It was like God telling me to come out here and do a shop,” he said.


And that is exactly what he did. On Oct. 14, 2019, Venegas and his brother opened the doors of their very own shop in downtown Lewiston. Venegas has been grinding and living here in Lewiston ever since.


When asked what motivates him to work as hard as he does, he tells of his ambitions to open another shop filled with the same welcoming aura of family and community as Walkin’s Tattoo and to teach his artistic daughter, Savannah, how to tattoo. But his main priority, above all else, is being a loving father.


“I get up every day because of my kids,” Venegas said. “No one else is going to do it but me.”