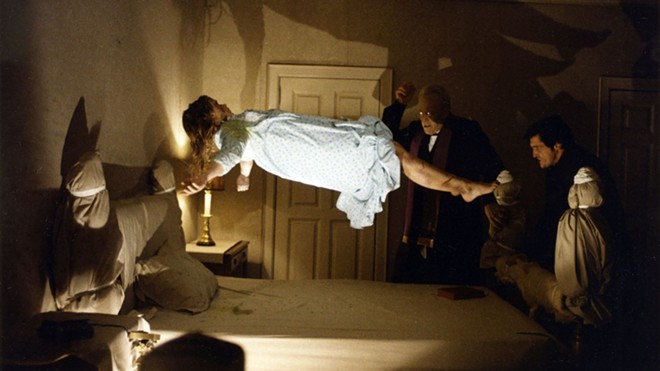 The 1973 horror movie "The Exorcist" explored a religious belief that a child could be possessed by demons.

Note: This contains mild to moderate spoilers for the film “Hereditary.”

“The Exorcist” made it nearly impossible for much of its 1973 audience to separate reality from what they saw on screen. The film cracked America’s psyche with its documentary-esque style, groundbreaking practical effects and ferocious portrayal of a relevant religious fear.

It was terrifying because it was authentic in a way previous horror films were not. The events on screen were presented so realistically that the far-fetched idea of an innocent child being possessed by Satan was absolutely believable. This allowed the theme of Satanic possession (and the question, what if this really happens?) to resonate deeply and widely within the largely Christian mindset of America. Perhaps the “Satanic panic” of the ’80s really took off with “The Exorcist.” Even today, “The Exorcist” remains a cultural milestone, a cinematic classic and cornerstone of horror filmmaking. It’s when horror films showed the world they could be taken seriously.

Nearly 50 years later, “The Exorcist,” too, is aging. Much like “Jaws,” the terror is lost on newer generations. Steven Spielberg’s aquatic horror is still a classic, but the Discovery Channel’s annual Shark Week marathon has somewhat defanged the creatures in popular imagination. Religion, too, has taken a nose dive in popularity and cultural impact. Even modern religious adherents are likely to find the head-spinning and pea soup-vomiting scenes in “The Exorcist” more comical than terrifying.

Horror films have experienced a critical resurgence in the latter half of the 2010s, similar to the impact “The Exorcist” had in its era. Jordan Peele’s “Get Out” may have been the Oscar darling, but the leader of the pack is undoubtedly “Hereditary.” Were we not in an age where everyone’s taste is catered to by a constant stream of content, director Ari Aster’s first feature would be talked about with the same culture-wide terror that “The Exorcist” garnered.

“Hereditary” is anchored in deep tragedy: Annie, mother of a family of four, struggles with her own mother’s death and the reality of her son’s negligence that caused an unthinkable tragedy. The son, Peter, grapples with the depression he felt prior to said tragedy and the fallout thereafter. The spectre of Annie’s deceased mother, Ellen, looms large for every character, less a ghost than a presence pulling the strings in real time.

Horror films are anti-wish fulfilment and anti-fantasy. They’re what you don’t want to happen. But horrors work for audiences because they, like most monster myths, are about killing the thing that haunts and stalks you. Not “Hereditary.” Annie and Peter never stand a chance. Watching “Hereditary” is watching tragic dominoes fall to their natural conclusion. The people closest to us can do the most harm because they know what makes us tick and what decisions we’ll make when we’re at our worst. 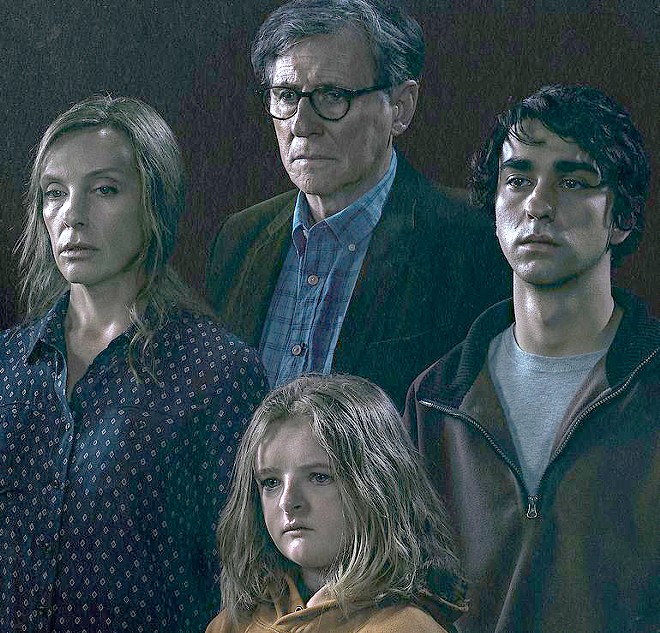 The 2018 horror film "Heredity" stars Toni Collette as a mother besieged by fears of a family curse.

The story of Annie and Peter is broadly the story of Generation X and millennials, a group of which I am a member. Raised by parents of the 1946-64 baby boom, we were told the narrative that the baby boomer’s parents sold to them: work hard, get a job, you’ll have it good, too. And if you don’t, it’s your own fault — probably because of laziness or a character flaw. Though the boomers weren’t intentional in setting their children up for tragedy, as Ellen is for Annie and Peter, there are strong similarities. Boomers have become emblematic for ignoring the suffering and pleas of others, including their own children, as they consume and destroy as much as they seemingly can while modern medicine prolongs their aging process. This is, of course, a broad perception of an entire generation, and there is not enough column space to be accurately nuanced.

No film heralded as a masterpiece can be solely rooted in the zeitgeist. “Hereditary,” ultimately, is about the terror of family — specifically the intentional sins of the past and whether or not we can get past them. Gen X and millennials may be painted as the feeble children of the spawn of the Greatest Generation; but I would argue that they simply are more aware of the problems they inherited. The Greatest Generation had no proper language for dealing with the traumas that painted their upbringings. Perhaps we all are still dealing with the traumas of World War I and II and the Great Depression — the knowledge that a field of people can be mowed down in seconds, or that millions can perish in a single explosion, or that our neighbors can starve before our very eyes as we eat our daily meals. Without witnessing that kind of tragedy, we can only guess at it.

I’m not the first to sing the praises of “Hereditary.” The film garnered critical favor at its release, with Joshua Rothkopf of the magazine Time Out New York heralding it as “a new generation’s ‘The Exorcist,’” a quote I did not see until writing this piece. It will continue to burrow into the cultural psyche, as it regularly ranks within the upper rungs of any modern horror list. Its impact is in the inevitability of its conclusion: If someone wants to hurt you, they can. That is a level of vulnerability few pieces of art are willing to put forth and something no one wants to think about because it undermines the very idea of trust. If we can’t have faith in those closest to us, then the world isn’t as we really think it is.

The terror of “Hereditary” stems from this idea, but the ripples of its impact burrow deeper for Generation X and millennials. Our concerns seem to go unheard by a generation that raised us to be prepared for a world that no longer exists, only to have our cries fall on the deaf ears of our elders who tell us to “suck it up and deal with it,” much as the baby boomers were told to do (again, a broad interpretation here). The stakes are now far too high for this to be a feasible and healthy choice. I think the solution lies in splitting the difference. It is my hope that my generation can equip our children to be sensitive to the needs of others and the planet, while maintaining the work ethic of their grandparents. 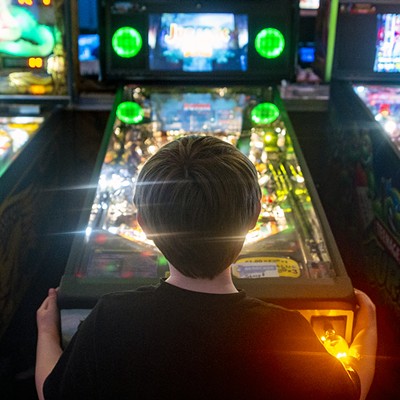