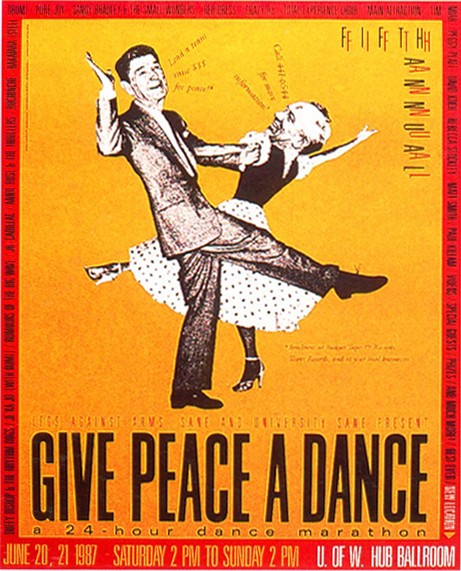 Art Chantry is the graphic designer credited with creating the look that helped define Seattle’s world-shaking music scene of the 1990s.

Back then, Chantry was art director for the Rocket, an influential magazine that covered Pacific Northwest music. He designed album covers and posters for bands and record labels including Soundgarden, Pearl Jam, the Flaming Lips, Neko Case and Presidents of the United States of America. When the world discovered grunge and its relatives, Chantry’s work provided a visual dimension to the sounds that broke the rules of rock.

Chantry’s trademark style was to create “mechanically.” He cut lettering out of existing texts with X-Acto knives and pasted it into new formations. He used photocopy machines in inventive ways to create different effects.

Computers changed graphic design forever, but Chantry’s contrarian mind for design remains renowned. His work has been displayed at the Smithsonian, the Museum of Modern Art and the Louvre.

Chantry lives in his hometown of Tacoma. Next Thursday he’ll speak at the University of Idaho about his design methods, including efforts to get young designers off the computer. He answered some questions for Inland 360 via email. We’ve left his responses as they arrived, uncapitalizatized. When asked why, he replied: “just lazy. i fell out of the habit years ago. now it’s just the way i type.” 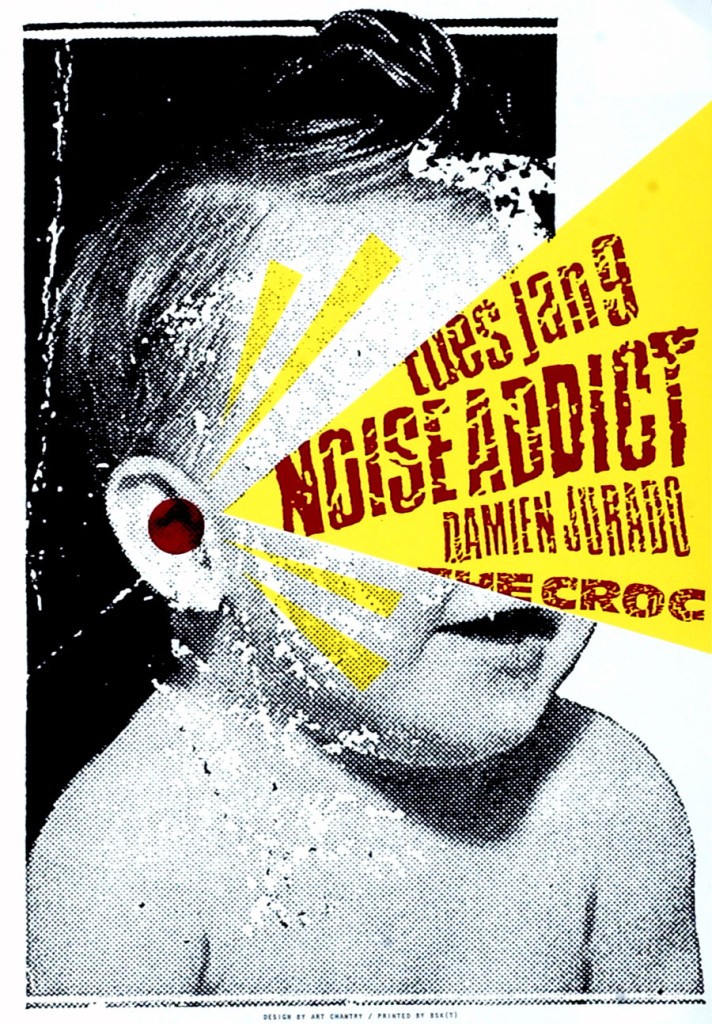 You’ve been credited with creating the look that helped define grunge and the Seattle music scene in the 1990s. What did you want people to think and feel when they looked at your album covers and posters from that era?

hopefully, they think “innovative creative thinking.” the reality is that it’s become a snapshot of a place and moment in history. graphic design is a language form and it constantly changes — just like language does. slang, accents, dialects, vocabulary, grammar, structure etc. — all constantly changes into new variations. the mere fact that i was able to influence a brief moment in popular culture history? that’s pretty great. 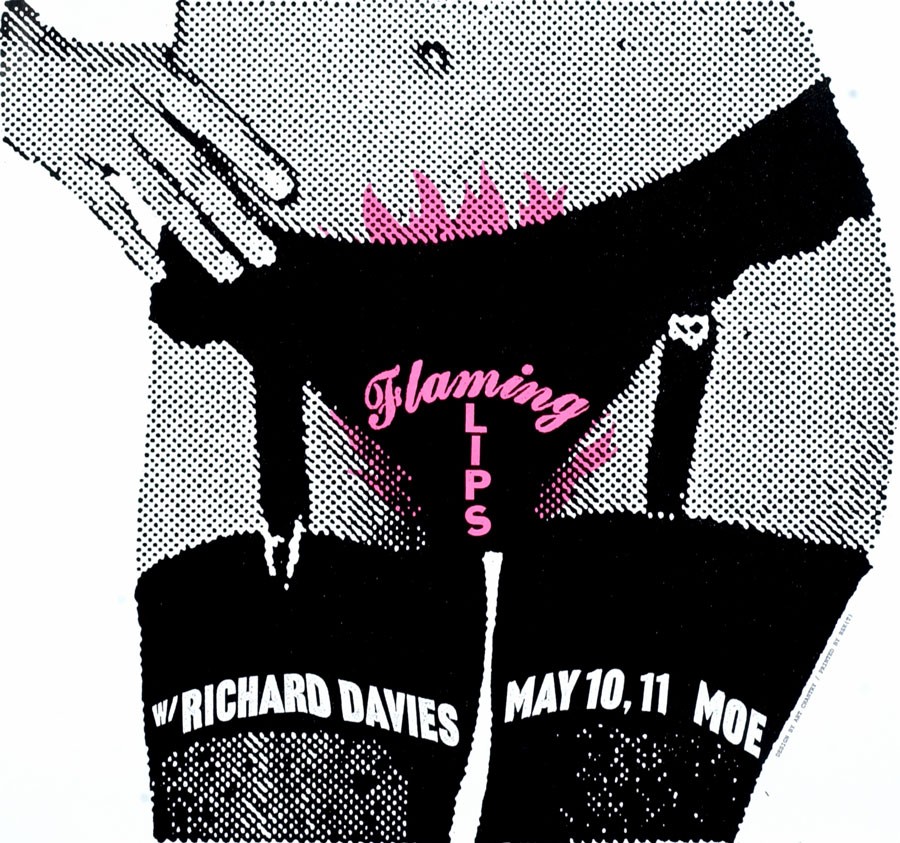 What advantages are there to working mechanically verses using a computer?

so many i can’t go into much in this forum. one good example is that everything i design has to be small enough to fit on a desktop scanner to process digitally. that means i can’t design posters (or anything larger than about 11x17). that means i have to work so small!! i can’t design full size any more. do you realize how MUCH that “dumbs down” what i can do?  that alone is frustrating beyond words for somebody like me. that’s just ONE tiny example. the tip of an iceberg, really.

Do you try to convince young designers to work by hand?

yes, i do. i work by hand faster than a person using computer (i’ve done contests). and it’s direct decision making. i have the advantage of using “hand-eye” coordination. it becomes a more direct process starting in the mind and literally flowing out of your hands. it’s so marvelously direct. and when that process starts up, it’s like a trance state — your subconscious creative mind is taking over your hands (your conscious mind is thinking about what is on the radio or what you want for dinner).  i compare it to driving a car — when you drive you think about everything imaginable EXCEPT driving. yet you are driving expertly. how is that possible? same process. it’s not goofy mumbo-jumbo. it’s science. LOL 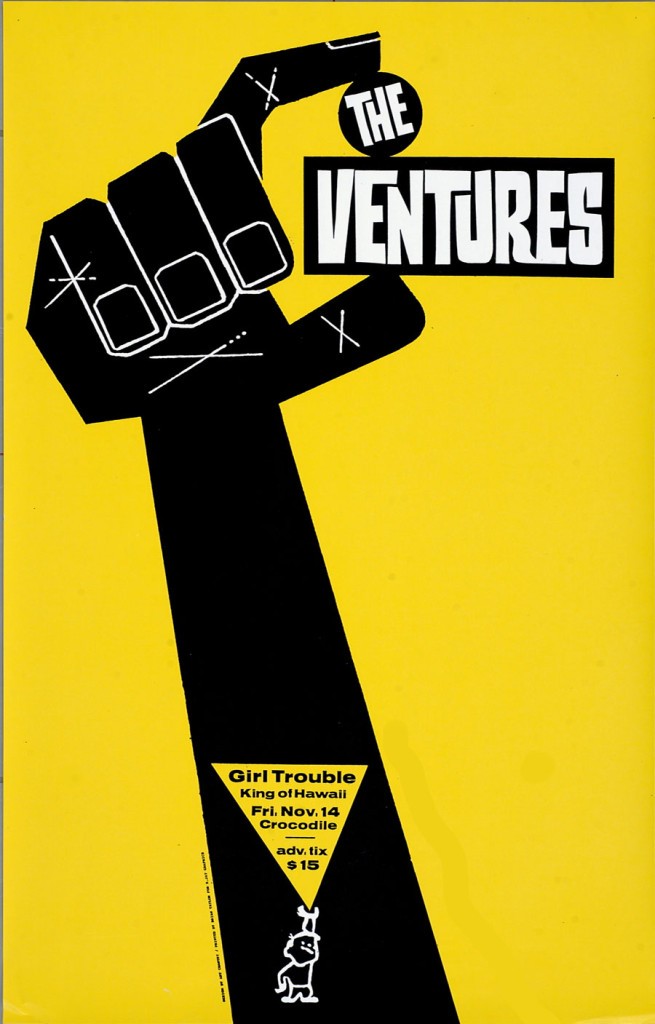 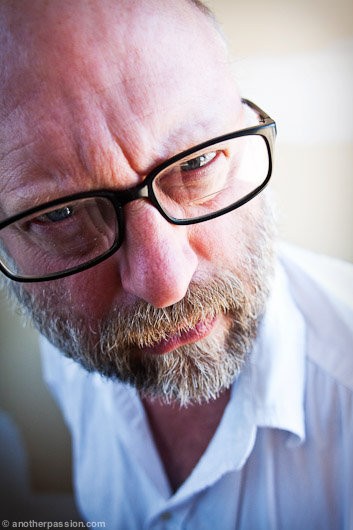